Migrants crossing into New Mexico illegally on the rise

ALBUQUERQUE, N.M.- More people from Mexico and Central America are trying to illegally cross into southern New Mexico and the El Paso area.

Many of the people are escaping bad economies and violence.

"If you talk to folks from El Salvador, there are a lot of gangs," said Gloria Chavez, chief patrol agent of the El Paso sector. "If a 13-year-old male stays in that country, it is expected that the child goes into a gang and if he doesn’t, he gets killed. So parents very quickly say, "you’re not going to stay here, you’re coming of age and you gotta go."

Human smugglers are known to rape women and abuse children on the journey to the U.S.

Once the smugglers get to the U.S. border, more danger lies ahead. Crossing the Rio Grande or the many canals along the border can be treacherous. 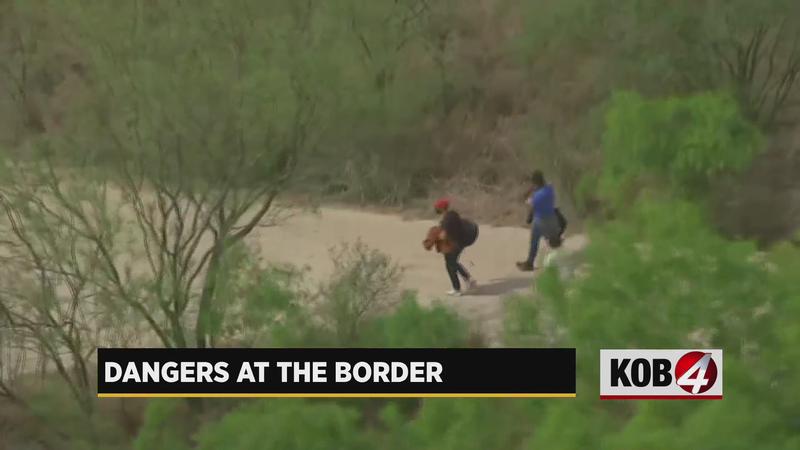 "The currents in the canals are very strong and pose a threat even to those most experienced swimmer," Chavez said.

"They use ladders to allow them to climb to the top, and then they pull the ladder off, leaving that person stuck at the top of that barrier to figure out how to descend," Chavez said. "Many of them fall from the barrier, many of them get injured severely and get taken to the hospital, and some of them have died."

Add the scorching heat, and the situation can go from bad to worse.

According to data from the Border Patrol, they have seen a 267% increase in migrant encounters from 2020.

In 2021, Border Patrol reports 201 migrants needed to be rescued. The previous year, they rescued 40 migrants.

Seventeen people have died making the trek in 2021, according to Border Patrol.

The five counties were migrants travel from the most are:

Vice President Kamala Harris plans to visit the border in El Paso Friday. It will be her first trip to the border since taking the office.