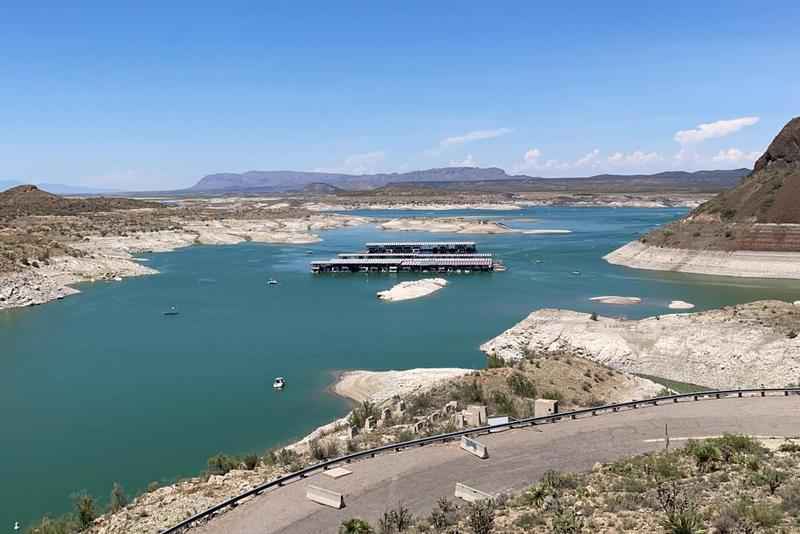 Mike Hamman told members of a legislative committee that short-term voluntary programs like leaving some agricultural fields unplanted for a season or two would help New Mexico meet its water delivery obligations to neighboring states.

Other southwestern U.S. water users already are taking action such as leaving water in Lake Mead and sending more water to Lake Powell to ensure obligations along the Colorado River will be met.

In New Mexico, officials are seeking a $48 million appropriation to expand a fallowing program along the Rio Grande in which farmers would be paid to not plant their fields.

Warmer temperatures, more evaporation and less snowpack have resulted in record low flows of the Rio Grande in recent years. One of the longest rivers in North America, the Rio Grande provides drinking water and irrigation for millions of people from Colorado south to Texas and Mexico.

“The unfortunate thing is many of our senior water users rely on the surface supply and that’s the most variable supply that we have,” Hamman said. “So we’ve got to figure out ways to help deal with that fluctuation in the surface water supplies in a fair and reasonable way.”

New Mexico already is running a deficit in its water deliveries to Texas and that has caused summer shortages for farmers and for the Rio Grande itself. Hamman said the emergency drought appropriation is aimed at getting ahead of what appears to be a very difficult water year and putting a dent in the deficit.

Officials estimate that the program could result in as much as 9.7 billion gallons (44.1 billion liters) in additional water being delivered to Elephant Butte Reservoir, which stores water for Texas.

The irrigation district that manages water for farmers along the Rio Grande in central New Mexico started its fallowing program last year with federal dollars and is looking to triple the number of acres taken out of production to 3,000 (1,200 hectares) to meet endangered species requirements.

Hamman explained that the state wants to encourage another 15,000 acres (6,000 hectares) to voluntarily be fallowed to address water delivery obligations to Texas. He said fair payment would be offered to farmers to avoid competition with the Middle Rio Grande Conservancy District’s program.

If the March stream flow forecast is low, Hamman said he believes there will be a lot of interest in the program from farmers since severe drought over the summer would surely lead to high agricultural losses in the four counties that make up the district.

He said the program also would help farmers on the lower Rio Grande because water owed to Elephant Butte Reservoir would be available the year following the two-year program.

With the goal of taking the program statewide, Hamman said there could be benefits for the Gallup and Clovis areas, the lower Pecos River, the Rio Chama, and other rural water users.

Hamman said state officials are working on a 50-year water plan and that recommendations from a water and infrastructure task force are expected in July.

“It’s looking bleak,” he said of the forecasts. “But we have possible solutions and opportunities.”