Warning: The video in this story may be hard to watch.

CARLSBAD, N.M. — For the first time, we are seeing the heart-wrenching moments Carlsbad police officers discovered a 12-year-old boy dead. Brent Sullivan died in September 2021 from a fentanyl overdose.

His mother and grandmother are facing charges. This was not his first overdose, in fact, one witness said she reported all of that to the state’s Children, Youth and Families Department just before his death.

When police arrived at the home of Kelli Smith, Brent’s grandmother, they found Brent in a backyard shed. They started questioning the adults in the home, including Brent’s mother, Alexis Smith.

“Yesterday morning I took my girls to school,” Alexis said. “I could smell he’d been smoking fentanyl. I tried to search him and he took off running from me.”

Alexis told officers he had been staying with her mom, Kelli, while she searched his room for drugs.

“He keeps doing this,” Alexis said.

According to documents, Sullivan seemingly got lost in the shuffle of people in and out of his grandmother’s home. Officers talked to Brent’s grandmother Kelli.

According to reports, both his mother and grandmother were aware he was using drugs.

“He’s been stealing drugs,” Kelli told officers. “He’s been doing this for a while.”

The officer asked who he was stealing drugs from, to which she responded, his mother. According to documents, he "dropped out of school and was doing drugs since he had been 11 years old."

Reports allege this was the fourth overdose. According to police reports, he was never taken to get medical care for any overdose prior.

However, a family member approached the officers.

“I called a week ago,” said the family member. “I called September, the ninth, to SCI and talked to them. They said within five days they would do something because of the severity of this.”

According to documents, Alexis Smith has multiple children. Her mom was also taking care of her 15-month baby. A police report said, "the 15-month-old removed from Kelli Smith’s residence on September 28, 2021, did in fact test positive for methamphetamine."

“He had overdosed and I told them that, over a week ago, when I first called they gave him NARCAN. They didn’t take him for any care. These people need to be arrested. She and his mother, and the babies need to be taken away.”

Both Kelli and Alexis were arrested and charged. 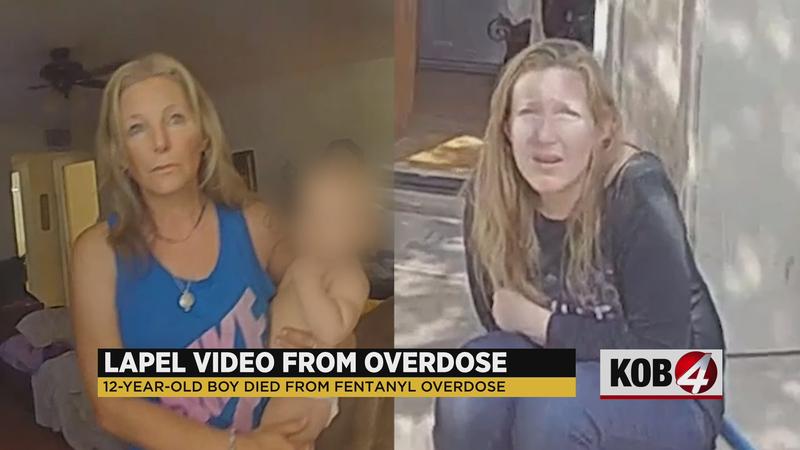 KOB 4 reached out to CYFD to find out the number of calls they received in reference to this family. They told us they could not tell us.

A child welfare attorney told KOB 4, “The policy that exempts abuse and neglect proceedings from the requirement that government records be open exists to protect the child and the family, not the department.”

KOB 4 also asked if the other kids were in state custody.

A spokesperson sent a statement, saying, “Ensuring the safety and well-being of children in a supportive environment is always CYFD’s first priority, and we follow department policy to find appropriate placements when a child cannot remain safely in their own home.”

Officials with the department said they are investigating.

KOB 4 spoke to the family’s attorney, Sara Crecca, who is in the process of preparing a wrongful death lawsuit against CYFD:

"It is deeply disturbing that CYFD ignored pleas from extended family and the community to protect Brent. If the agency did its job he would be alive today."