ALBUQUERQUE, N.M.- New evidence was released in the case against Cowboys for Trump founder Couy Griffin.

The Otero County commissioner is facing charges for his alleged role in the January insurrection at the U.S. Capitol.

Griffin has claimed he did not knowingly trespass.

However, the new evidence shows photos of Griffin scaling a metal barricade to get to the inauguration platform.

Griffin’s camera operator turned over the images to the FBI. 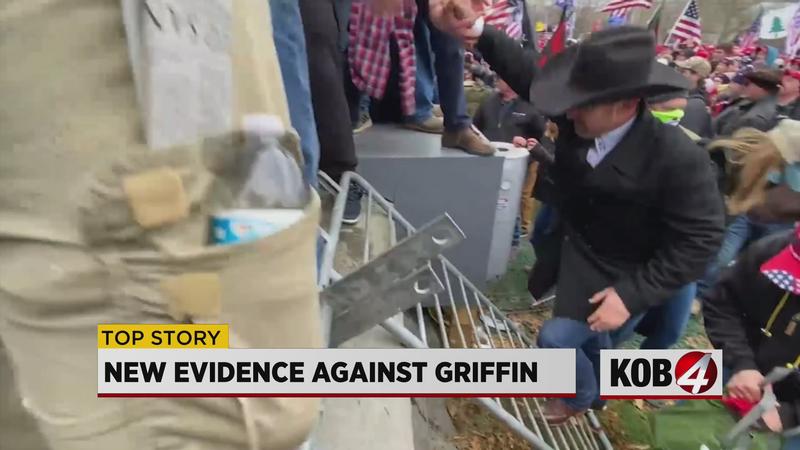 Federal prosecutors also point to comments made by griffin just days after the insurrection at an Otero County Commission meeting.

"There was some fencing up," Griffin said. "They were saying you couldn’t go any further because this was being reserved for Joe Biden and his inauguration. You tell a million Trump supporters that are going down there, pretty soon that crowd just pushed through"

Griffin’s attorney, meanwhile, wants the case dismissed, questioning which agency has the authority to restrict the Capitol grounds.