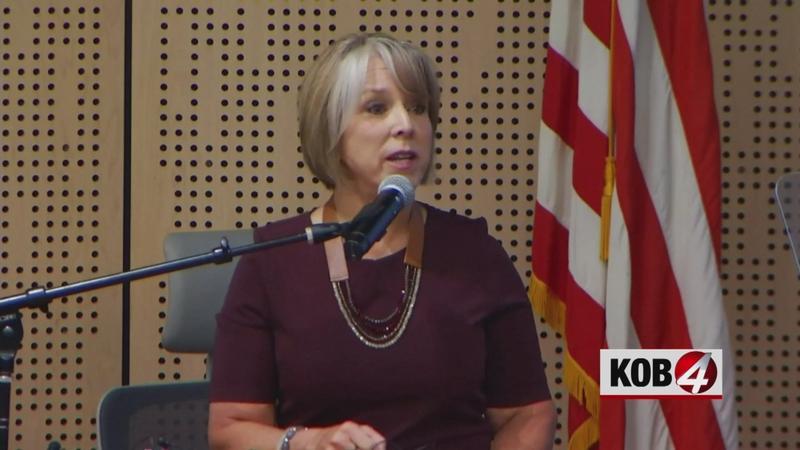 The latest round of payments to settle accusations of harassment are being disclosed in a mandatory campaign finance report that the Democrat’s campaign filed Monday.

The staffer had said Lujan Grisham dropped water on his crotch and then grabbed his crotch during a 2018 campaign staff meeting prior to her election.

The twice-annual report on campaign spending and contributions will shed some light on efforts to reelect or defeat Lujan Grisham, as several Republicans are vying to take the office back.

The governor’s political committee paid at least $62,500 to settle harassment allegations and focus more on the pandemic. The governor’s office has repeatedly denied the claims mounted against her.

“The Governor, Dominic Gabello, and New Mexicans for Michelle unequivocally deny the false, dubious, and meritless claims made by Mr. Hallinan and feel certain the claims would have been disproved in court. The settlement resolved suspect and varied claims made by Mr. Hallinan, including his search for employment and clients following his tumultuous tenure on the 2018 campaign. The campaign reached this settlement in 2020 due to the expense of litigating business disputes and to prevent any distraction during the height of the COVID-19 pandemic. Governor Lujan Grisham will continue to work tirelessly for the people of New Mexico, delivering on record economic growth, educational investment, and tax cuts for New Mexico’s families — all while leading the state through the COVID-19 pandemic.”