State officials said Thursday that experts initially predicted a much bigger hit to those rates because of the pandemic. Some districts credit the good news to dedicated school staff, and parents – turned teachers – keeping students on track.

“This is really great news. I’m very excited about it. We beat what the experts were saying,” New Mexico Public Education Department Secretary Kurt Steinhaus said. “There were experts around the country predicting great graduation decreases because of the pandemic.”

“Graduation rates are one of the three top metrics by which we really think through the health of our education system,” said PED Deputy Secretary Gwen Perea Warniment.

Students are required to have 24 credits to graduate. They also need to show competency. The state used to require the PARCC test,
but those qualifying demonstrations of competency expanded in 2019.

State education officials believe there were many hands in helping students hit those markers in 2021. KOB 4 heard from some guidance counselors at the Cuba Independent School District.

“Some of our kids were not at school, we also had boots on the ground,” said Joby Wallace. “Anna lives here in Cuba and I can remember days of her going to a student house and saying ‘you gotta get out of bed and get in this car, I’m going to take you to school.’ So those are some of the things we’ve done even as a community in calling parents trying to urge and support our kids.”

“We went, instead of a zero to a hundred, we started our grading system at a 50,” said Farmington Municipal Schools Superintendent Gene Schmidt. “So imagine that first test you took as a ninth-grader and you got a 25 out of 100. How many better than average scores would you need to get based on a zero to 100 average scoring system to pass? Kids often gave up after the first test.”

It is unclear how many school districts are embracing equitable grading, and to what extent. 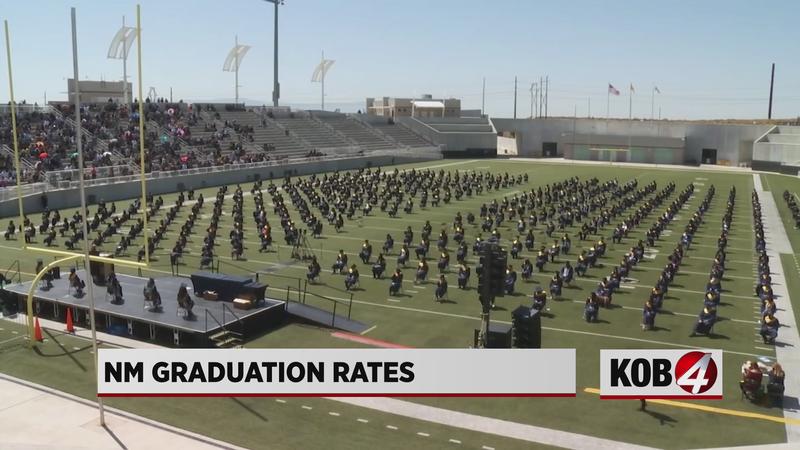