ALBUQUERQUE, N.M. — From roads and bridges to pipelines and airports, mayors across New Mexico and Gov. Michelle Lujan Grisham spoke at a virtual summit Friday about the state’s biggest infrastructure needs.

The summit took place after a federal infrastructure bill was passed by Congress and signed by President Joe Biden that over five years would allocate $3.7 billion to New Mexico.

Gov. Michelle Lujan Grisham at the summit portrayed the money as a historic chance to transform the state on a large scale.

"We have an opportunity to really do that, holistically, together," she said.

Over five years, the bill will provide New Mexico with $2.8 billion in federal highway funding, $38 million for electric vehicle charging stations, and $90 million for airport infrastructure. 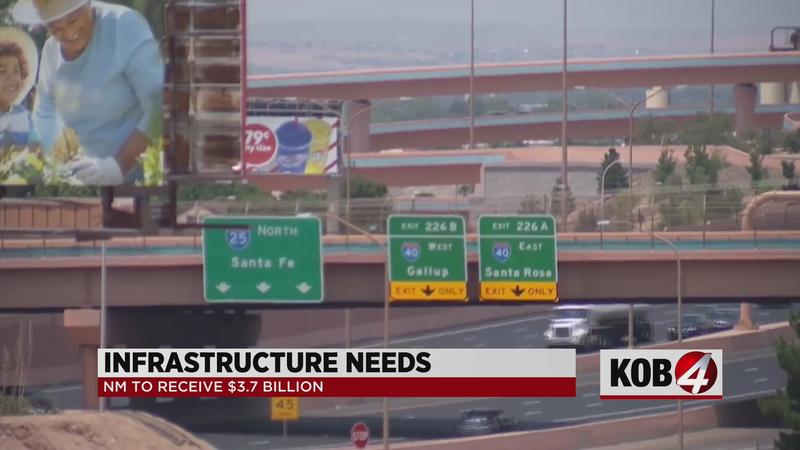 Mayors, like Phillip Mortensen of Elephant Butte, said they welcome the money.

"I’m looking forward to the potential, and am optimistic, governor, to the funds that are maybe going to become available to us," Mortensen said.

Municipal leaders spoke about their own list of projects. Farmington Mayor Nate Duckett said upgrading utilities at Lake Farmington was on his list of desired projects.

In Eagle Nest, Mayor Jeff Carr said he would like to make health care services more readily available by getting a medical center in his community to coordinate with their hospital district in Raton.

"The number one thing for us is an upgrade for our water and wastewater system and, of course, affordable and reliable broadband for everyone, including residents and businesses," Columbus Mayor Esequiel Salas said.

"Being able to make sure our emergency services can connect to dispatch centers and with each other is imperative for our communities," said Sunland Park Mayor Javier Perea.

"think about solving every problem that in your entire career has made its way to you," she said.