ALBUQUERQUE, N.M. – You may want to call before you head to your favorite restaurant. Not for reservations – but to make sure it’s even open.

COVID cases are hitting some local restaurants, and owners say the situation for them is dire.

Many locations have struggled with low staffing for nearly two years but owners say the spread of COVID among workers right now – is a whole different challenge.

Even the owner of Range Cafe – Matt DiGregory – has tested positive. As he tries to just keep his Albuquerque locations open.

"It’s killing us. We have locations that normally take 6 to 8 servers to fulfill a shift, and we’re running with one or two,” said DiGregory. "You get an outbreak and we’re making sure that people are staying home, so that leads to us having to close locations down for certain time periods. We’ve had to shut takeout orders. We’ve had to close down breakfast or lunch, or sometimes both. Sometimes we’ve closed locations down for a whole day. One of them we even had to close down for three days."

Range isn’t the only one. Tomasita’s in Santa Fe is closed right now because of sick staff – set to reopen Tuesday.

Some restaurants are posting online – Grassburger in Albuquerque is cutting back hours, according to its website, and others have been posting updates on Facebook.

Restaurant owners say this is causing more burnout for the staff that is able to work and this comes amid an already massive worker shortage.

Even without staff getting sick, the struggle to hire enough workers remains for nearly all restaurants, according to DiGregory and others in the business KOB 4 has spoken to.

"We hire one, and one walks off the job. I’ve never seen anything like this before,” DiGregory said.

There’s been criticism that many restaurants don’t pay well enough, even though more owners are offering hiring incentives.

"Will restaurants ever return to normal? I honestly have no idea,” said DiGregory.

DiGregory said most restaurants are putting any plans of expansion on the back burner right now.

A recent survey from the National Restaurant Association and its New Mexico counterpart shows many owners certainly have seen a rebound in business, but are still making less than they were before the pandemic and they expect that to continue. 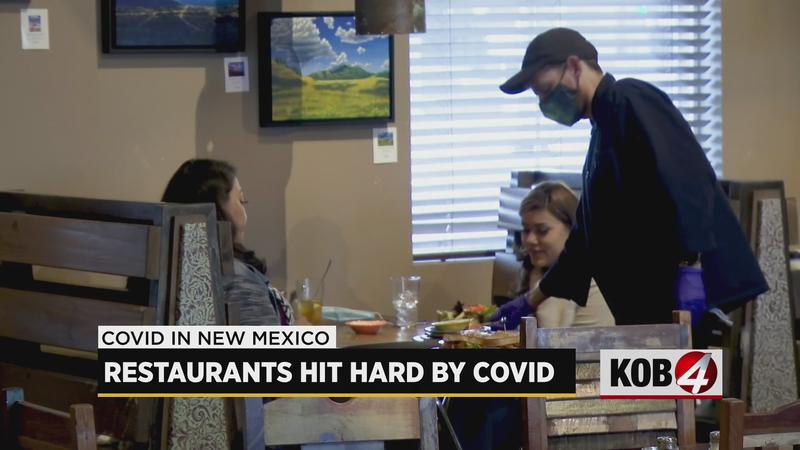