United intentionally went with the Pfizer vaccine, anticipating children would be allowed to get the shot.

Peter Trevisani, owner and CEO of United, said the home game was made possible thanks to the thousands of New Mexicans who got vaccinated.

"My level of, you know, concern, personal concern, is so much lower. Really it’s at zero,” Trevisani said.

Trevisani, along with most of his family, was vaccinated weeks ago. But a few days ago, Trevisani’s 14-year-old son became eligible.

For Pierce Trevisani, he said the vaccine will lead to more normalcy and peace of mind.

“Definitely not having to wear a mask again, but, I don’t know, just being able to see my friends without having a risk of getting my family sick,” he said.

Children aged 12 to 15 were among the 150 people who got vaccinated before the game.

"What United really wants to focus are the people, that and there’s so many people who want to get vaccinated, they just haven’t had the time,” Trevisani added.

United’s vaccine clinic was all part of the larger effort to get people closer to things they’ve missed.

"Pierce is planning on going to overnight camp this summer. He’s planning on doing a lot of things that an active 14-year-old would be doing. And, now he could do so, not only worrying about contracting COVID, but I think more importantly, not having to worry about spreading it,” Trevisani said.

The most recent numbers from the State Health Department show that over 2,400 children aged 12 to 15 are partially vaccinated, and nearly 9,000 are scheduled to get their shot. Over 18,000 have registered for the vaccine. 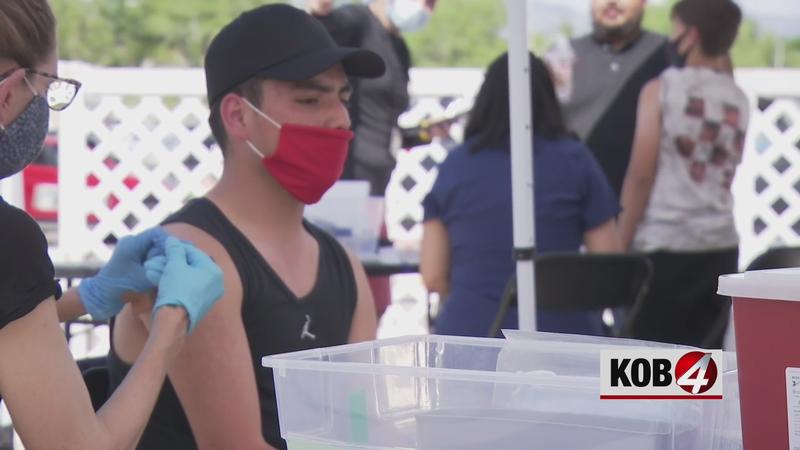