The Voting Rights Act is aimed at expanding who can vote to include felons and some 17-year-olds. But, over the weekend, Senate Republicans threw a major wrench that has stalled a vote on this bill.

Senate Bill 8, known as the Voting Rights Act, is a banner piece of legislation supported by Lujan Grisham and Secretary of State Maggie Toulouse Oliver.

If passed, it would:

But Senate Republicans have opposed the bill— saying– these ideas would lead to more voter fraud.

This weekend, Senate Republicans used a procedural move to stall the bill.

“I move for a call of the Senate on Senate Judiciary substitute for Senate rules committee for Senate Bill 8,” said state Sen. Craig Brandt.

In short, what Brandt did forces every senator to be physically present before the bill can be debated or voted on.

“Sergeant at arms, round up the members and lock the doors,” said Sen. Mini Stewart.

Several minutes passed and not all senators were at their seats. Nearly 30 minutes later, the Senate was forced to move on to other business, abandoning hopes of taking action on the Voting Rights Act.

“Everyone is here with two exceptions. Sen. Candelaria who has missed every day except for one and Sen. Schmedes. Neither of which we can reach by phone. So at this point, the call is not complete because of those two senators,” Stewart said.

The Voting Rights Act was again scheduled for debate on the Senate floor Monday afternoon, but Democrats were forced to again abandon the bill – unsure they could meet the requirement of every senator present.

Senate Republicans say they’re stalling this bill because Democrats in the house are stalling a bipartisan version of this act. Regardless, the clock is ticking and if the Senate does not pass the Voting Rights Act out of its chamber soon, the House simply will not have the time to act on it before Thursday’s deadline.

Track SB 8 during the legislative session. 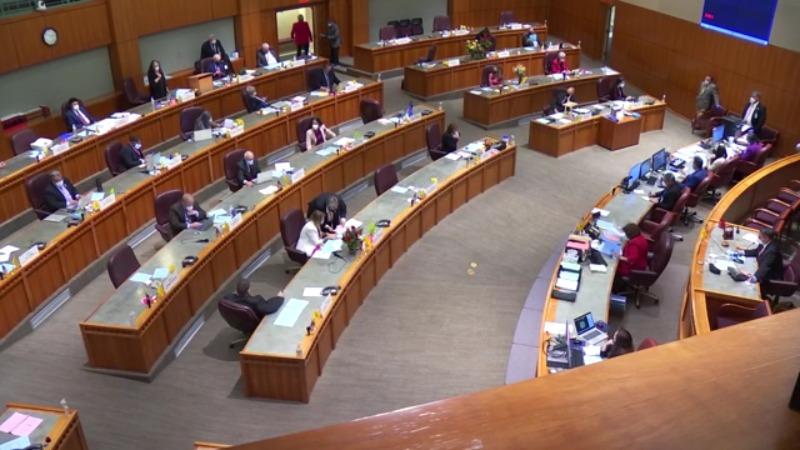