SANTA FE, N.M. – It’s been a while since anyone has seen any winter storm slam the Albuquerque metro, but that’s about to change.

KOB 4’s Griffin Rushton is in Santa Fe ahead of an incoming major winter storm.

Officials say the real work won’t begin until Wednesday after all the snow has fallen, but the plows will still be on the roads Tuesday night.

The District 5 spokesperson said they have about 200 drivers just for this district and all of them will be working 12 hours shifts. Roughly 100 of those drivers will be on the roads overnight.

"Everybody will be out all the patrols. When we have an event like this, everybody switches to a 12-hour shift,” said Jim Murray with NMDOT.

Their first priority is keeping the interstates clear, then the state highways, and then any other main roads city crews don’t get to first.

"Right now everyone is going to cover their own area and we’re going to see how it developed you know 5-8 inches it might happen it might not, so we don’t want to put everybody in one place,” said Murray.

Despite having all hands on deck, it’s important to remember there are a lot of roads to clear and not all of it will happen at once.

NMDOT says it’s been stocking up on salt, cinders and fuel since August to avoid any supply chain issues. The spokesperson is confident there is more than enough to make it through this storm.

"We were buying supplies back in July and August for this, with all the supply issues we’ve had in the last year or so, we’re ordering everything as we needed to keep everything topped off including fuel.”

NMDOT is strongly encouraging everyone to stay home tonight. Snowplow drivers say their biggest issue during storms is often other drivers.

"They know what they have to do. For the vast majority of them, this is not their first snow storm." 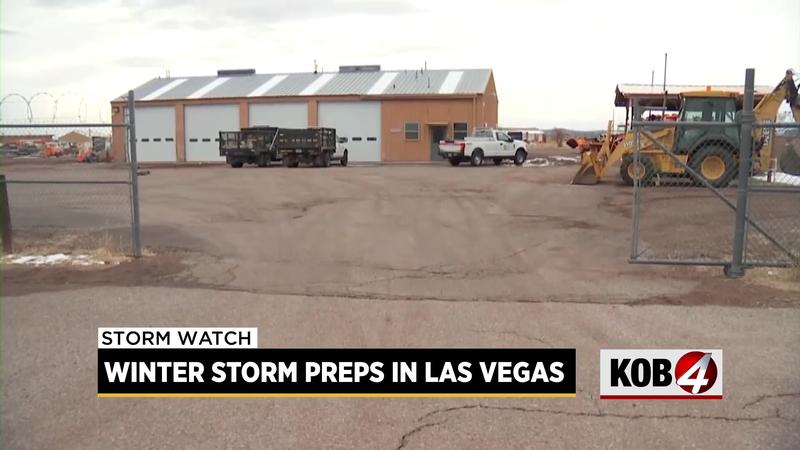