Officials with the department said they have been trying to finalize guidelines and requirements for the fall since April, when the last COVID toolkit was released to districts.

In June, NMPED postponed that work until the CDC issued new guidelines that later recommended anyone unvaccinated wear masks in school.

At that time, the NMPED sent KOB 4 a statement:

"We’re glad to receive this additional guidance from the top medical authorities in the nation. The public health experts at the New Mexico Department of Health will now review the new CDC guidelines and advise the Public Education Department as we determine what’s best for New Mexico schools going forward. We expect our updated guidance, which will be announced upon completion, to align closely with the CDC’s recommendations and to continue making the health and safety of children a priority.” 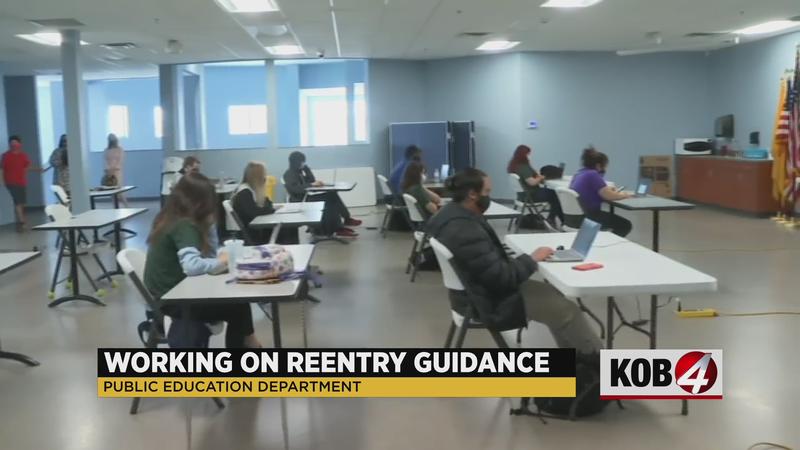 A NMPED spokesperson said the new toolkit will prioritize in-person learning and it will have guidance on much more than mask mandates.

Officials said the guidance is nearly finished, but will need to be reviewed and approved by New Mexico’s Department of Health and the governor’s office.

As far as the Delta variant goes, health officials said they just don’t know what to expect with it, as it does spread much faster in larger groups.

Both Albuquerque Public Schools and Rio Rancho Public Schools said they won’t know what the new school year will look like until they get that guidance.