According to San Miguel County court documents, police were called to a shooting at a Pecos home Saturday night.

When officers got to the scene they found Mark Valencia sitting in the driveway drunk, with blood on his hands and body. Inside the home, officers found two people dead – Valencia’s barber Steven Singer and Valencias’s girlfriend Eva Aragon.

Police also found Valencia’s friend David Sturgeon, who was hiding in a closet scared for his life.

Sturgeon told the officers that Valencia and Singer were fighting about a haircut.

"Mark said he was going to get his gun, he then returned to the front door of the home and shot Steven at least one time in the face," Sturgeon told police.

Sturgeon saw Aragon drop to her knees to check on Singer.

"Mark stood over Ava and said, ‘is that what you want b****?’ and shot Eva at least once in the head," Sturgeon said.

According to the complaint, Sturgeon then hid in a closet and called 911. While he was on the phone, Valencia reportedly came back and tried to open the closet door as Sturgeon held it closed. Sturgeon said Valencia then shot through the door.

Valencia said they were all drinking vodka and beer, and that’s when he began to fight with Singer over a haircut because "Steven only cut half his hair."

Valencia told officers he left the house to go get his gun because he "feared for his life because of Steven’s size compared to his." When he came back into the house, he said, "he intended to shoot Steven but Eva got in the way."

Valencia is now facing 2 counts of first-degree murder, as well as charges for attempted murder, aggravated assault, shooting in a dwelling and use of a deadly weapon. 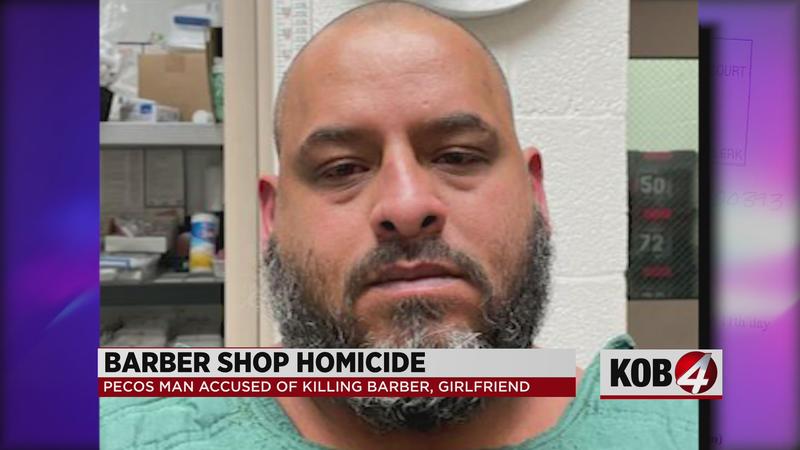