Pay it 4ward: Farmington woman honored for being a pillar in recovery community

FARMINGTON, N.M. — A Farmington woman is working with a nonprofit organization to help others work through struggles similar to what she went through.

Debbie Stallings works with the Well Recovery Club, a nonprofit organization that provides help to people suffering from alcoholism and substance abuse. Stallings has been sober for 31 years and has provided support for people at the club for ten years.

“She is such a big part of my recovery, she’s always been there," Christan McCain said. "Even through the pandemic, she was there to make sure that the well was open in case anybody needed to talk or anybody needed anybody.”

McCain saw Stallings’ selflessness go beyond the club and she was not the only one who saw it.

"When I first got my new job, she offered to buy me some new clothes for my new job," Cassandra Velasquez, who nominated Stallings, said, "She’s just so giving and she feeds everybody, is there for everybody and she never turns anybody away." 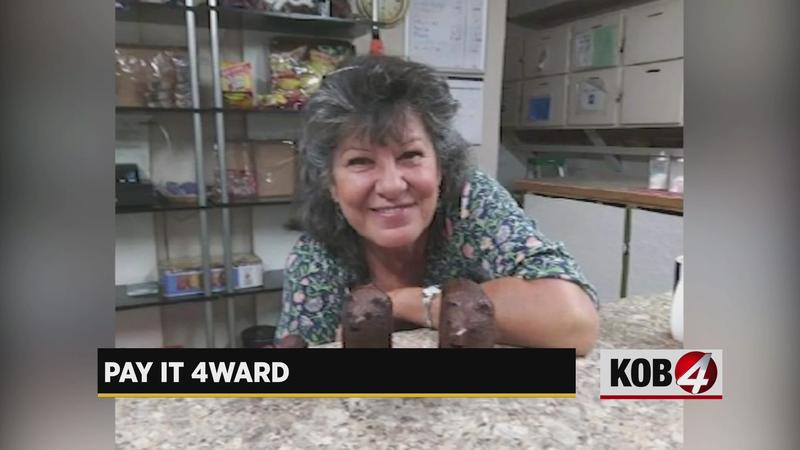 McCain and Velasquez decided it was time to give back to her. That is why they nominated her for this week’s Pay It 4ward.

"You have done so much for so many of us and the community," Velasquez said, "and we just want to say thank you and that we love you so much."

"You’re such a big part of my recovery and not just as a sponsor," McCain said, "but as my friend and I love you."

As long as the club is around, Stallings will continue to show up and be there.