Pay it 4ward: New Mexican thanks local business for providing sand for luminarias

Mark Valadez, Pay It 4ward nominator, has been setting up luminarias in his neighborhood for two decades.

"Everybody does it, it’s a huge thing. All neighborhoods and for some people. In my neighborhood, I put 400 alone,” Valadez said.

He said the holiday season wouldn’t be the same without them.

"It’s a neat thing. It just brings a lot of beauty to the holidays, to Christmas Eve you know,” Valadez said.

And Valadez has gotten his sand from the same source for all twenty of those years. It’s called Buildology.

“You know, it’s always been so convenient."

The convenience and generosity mean something to Valadez.

"They need to know that the beauty they bring and the happiness they bring to neighborhoods in Albuquerque and Santa Fe.”

So Valadez decided he wanted to Pay it 4ward.

Buildology started putting out sand for New Mexicans since they’ve been in business.

"We’re looking forward to it again and I love to see the luminarias out there,” said Steve Hooper, owner of Buildology and Pay it 4ward recipient.

"This is the time that we’re blessed to have, blessed to be in business after all this pandemic and all that stuff so this is gonna be shared with the people that need it,” Hooper said. 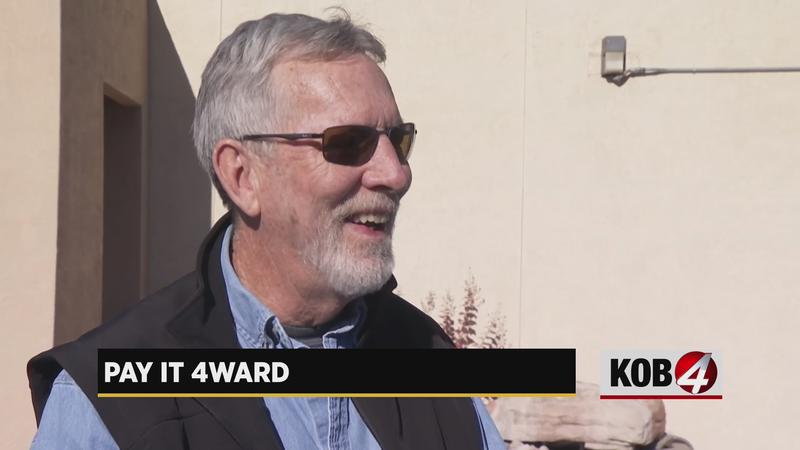