The ride was halted when someone stole the bike from his backyard.

After hearing about Lange’s stolen bike, Robert Lane, owner of the Little Bike Shop on Central, stepped in and gave him one.

"The community was really supportive but this man, out of the kindness of his heart, contact me, doesn’t even know me, total stranger, and here he’s calling me and saying, ‘hey come see, me I’ve got a bike for you,” said Lange. 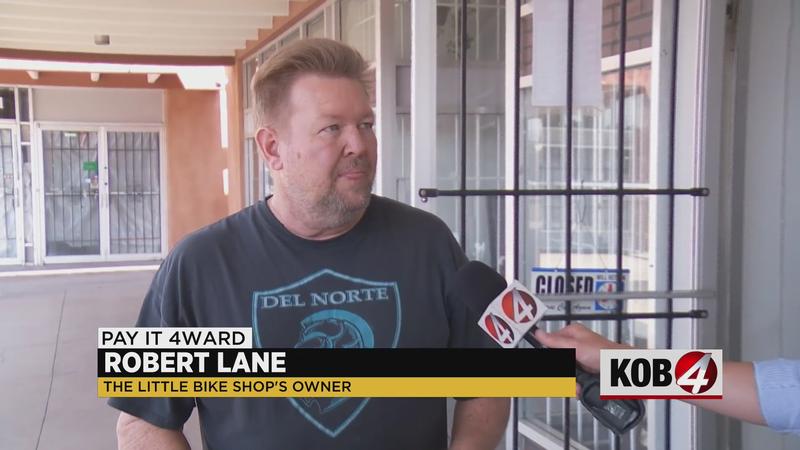 That’s why Lange nominated Lane for Pay it 4ward, and attempted to give him $400.

Lane, who raises money for kids too, didn’t want to keep the money.

“That was out of the kindness of my heart because I do this in Mexico also. You keep it, you keep it for your children. You need it. I don’t," Lane told Lange.

He gave the money back to Lange, who plans to put it toward his benefit bike ride.