Personal mail will no longer be accepted at New Mexico prisons

"It’s really just an attempt to curb the introduction of contraband," Harrison said. "Obviously been an issue for years but over the last few months, we’ve seen a spike in drugs being soaked into paper, dried, sent to facilities through personal mail. And right now our facilities just don’t have the capacity to complete those inspections."

The Corrections Department sent a letter to inmates’ families last week, saying they now have to send personal mail to a P.O. box in Florida.

A processing company will scan it, then a printed copy will be given to the inmate within 48 hours.

Harrison said the state is paying the company $3.50 per inmate each month, which comes out to around $13,300. But he said he expects the change to save time and money overall.

"And the reason for that is we pull actual custody staff to inspect that mail," Harrison said. "We can’t have anybody else go through it. They put on that gear, like I said, they inspect it. And so it’s really going to save that time, we can allocate them to appropriate posts instead.”

But Jennifer Burrill, president-elect of the New Mexico Criminal Defense Lawyers Association, worries about the impact it will have on prisoners. She said it’s dehumanizing.

"And so if they don’t have those ties to their family or friends to help them kind of support them through that transition period they’re going to fail and they’re going to come right back into the system. This step further removes them from those people right,” Burrill said.

Harrison said legal, financial, and medical mail, along with religious and school materials, will still be accepted at the prisons.

KOB 4 asked Harrison for a response to Burrill’s concerns:

"I definitely understand the concern. I 100% do. I get why families and the public feel this way. But the goal like I said is to protect the inmates and the staff, that’s the number one goal. Any decision we make is for that reason,” said Harrison. 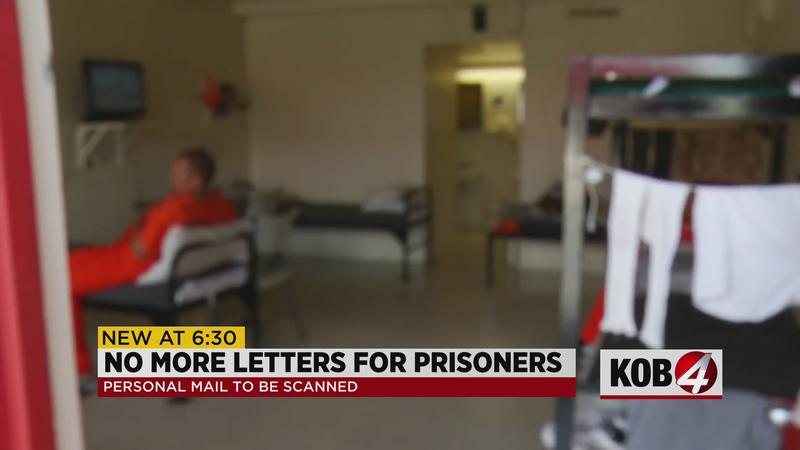