The officer is expected to survive — but he has serious injuries. They’re now looking for 22-year-old Elias Buck.

Farmington police say he’s dangerous and known to be armed. They’ve alerted law enforcement throughout the state, and say they’re working closely with departments in Colorado. Buck is wanted for felony charges in Colorado, including robbery and stolen vehicle charges.

Police said around 10 p.m. Friday night, they got a call about a possible drunk driver.

Upon arrival, they found Buck walking on foot, and he matched the description of the driver. Police say when they approached him, he fired multiple shots at the officer, hitting him.

SWAT teams went out to the area in the northeastern part of town, keeping neighbors on edge for hours. Shortly after 1 Saturday afternoon, they were called off — they couldn’t find Buck.

They did identify a woman he was walking with, Victoria Hernandez. They’re also still looking for her — she’s listed as a person of interest.

“Anyone that aids or abets this gentleman in his efforts to flee law enforcement we will find you, we will prosecute you and you will go to jail. You will not aid and abet a man who attempted to murder a police officer. And we already know that has happened. So we are already looking into every single person who is around this guy and is helping this guy to escape, and remain on the lam away from law enforcement,” said Farmington Police Chief Steve Hebbe.

Police identified the officer shot as Joseph Baretto. He’s married, and is about to celebrate his 26th birthday. They say he’s recovering in a hospital after surgery. But the police chief said the injuries may impact his career. 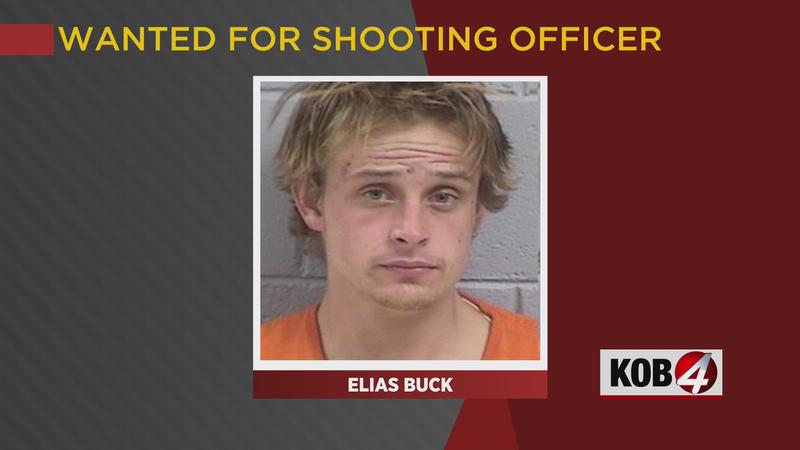