ALBUQUERQUE, N.M. – All four candidates from District 7 and District 9 share a lot of the same concerns. Public safety is their biggest priority, followed by homelessness, and for most, concerns about the DOJ’s role in our Albuquerque Police Department.

Albuquerque’s city council will have four new faces come January, but two of them are still undecided.

Voters in District 7 – including Uptown, and District 9, in the Foothills and Four Hills area, have another choice to make this week.

The District 7 race has come down to Tammy Fiebelkorn and Lori Robertson– both native New Mexicans, with concerns about crime and violence.

"I see my children not wanting to raise their children in Albuquerque and wanting to move away and that breaks my heart,” said Lori Robertson, city council candidate, District 7.

The District 9 race is now between Robert Grilley and Renee Grout. Public safety is also top of mind for both.

"People should be able to feel safe going to the grocery store, going out of their homes, walking up and down central,” said Robert Grilley, city council candidate, District 9.

"Our children and our grandchildren should be able to play outside without any issues and that’s not happening,” said Renee Grout, city council candidate, District 9.

Both District 9 candidates also want to focus on the agreement between APD and the Department of Justice.

"We need to let the police do their jobs. We need to take the handcuffs off of them and start putting them on the criminals,” said Grout.

"The situation, the circumstances our city has found itself in, especially during COVID and following it, yeah it’s become untenable,” Grilley said.

Polls will open for voters in both districts Tuesday morning at 7 a.m.

The current council, in a 5-to-4 vote, shot down a proposal to spend $110 million in bond money for improvements like road infrastructure, public safety, and affordable housing. The proposal needed 7 votes to pass. 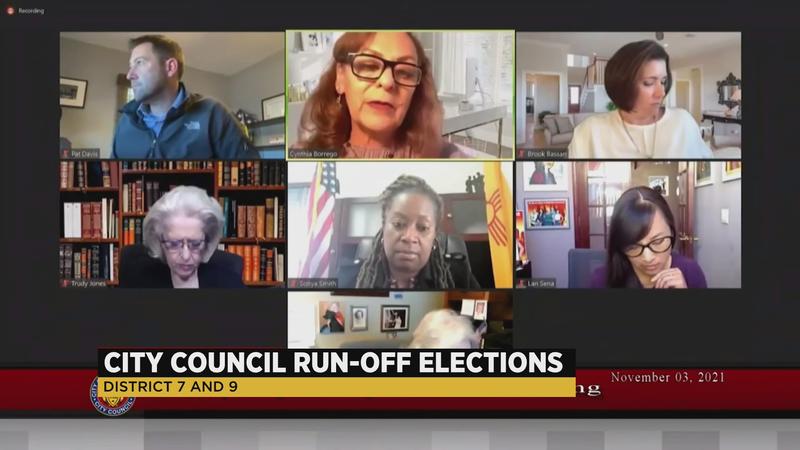