ROSWELL, N.M.- Police are asking the public to come forward with any information they might have related to a double homicide Saturday in a park that left two teenagers dead.

A press release issued late Monday by the Roswell Police Department said that anyone who was in or around the scene of the shootings that took place at about 5 p.m. at Cahoon Park should come to the police station and speak to a detective.

Anyone who was in the area when the shootings took place just off Riverside Drive could provide information vital to the investigation.

On Saturday, 15-year-old Cameron Luna and 16-year-old Jorge Armendariz were fatally shot while sitting inside a vehicle near the tennis and basketball courts on the west side of the park.

Police say that after questioning witnesses and viewing video from surveillance cameras in the area, that in the moments before the shooting another car approached them, and at least two people who were in it at the time opened fire on Luna and Armendariz.

Investigators say it is believed Luna and Armendariz had gone to the park and were waiting to buy a gun from somebody.

But on Monday, as friends and others who knew the two victims gathered in that same parking lot amid a makeshift memorial of candles and roses, they spoke of Luna and Armendariz. They say they did not have a reputation for trouble.

“They were good kids, they didn’t deserve this, none of it,” said Fidel Ayala, a friend who attended school and regularly socialized with the two teenagers.

“These are good kids. The ones that have gotten shot are good kids and they were just in the wrong place,” she said.

Both Luna and Armendariz were remembered as avid athletes at school.

“Cam (Luna) inspired me to play sports and Jorge inspired me to do boxing,” said Jacob Romero, a sophomore at Roswell High School, who was friends with both victims.

Tucker said Saturday’s shooting was the third Roswell High student, who she knows, that died from gun violence in about a month, and the issue needs to be addressed.

“I really think our community has to do something to reach out to these kids and see what we can do to help them stay away from the guns and violence,” Tucker said.

Police have not announced any arrests or suspects in the case and the investigation remains ongoing. However, they say that so far the shootings do not appear to be gang-related. 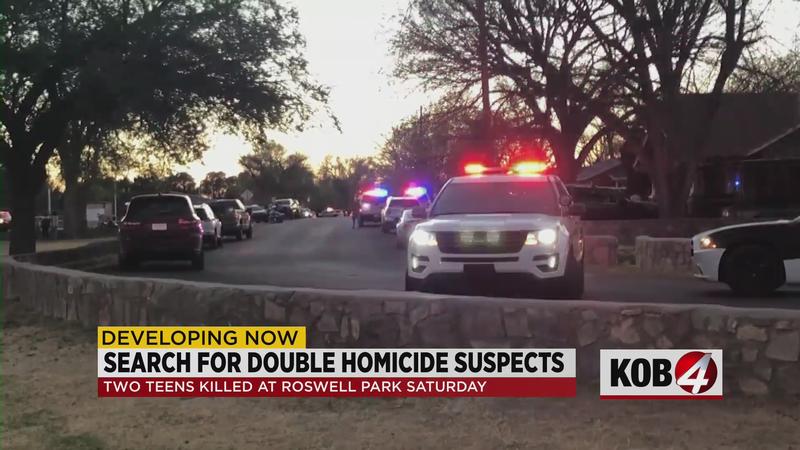