ALBUQUERQUE, N.M. — In a 5-1 vote, a bill that would prevent minors from being sentenced to life without parole cleared another hurdle Friday.

"To me, it’s about the journey of letting go of the anger,” Sen. Sedillo Lopez said. “Maybe you don’t necessarily get to forgiveness, but just letting go of that deep anger will bring people peace."

She sits on the Senate Health and Public Affairs Committee which heard from dozens across New Mexico, including previous minors convicted of violent crimes, as well as victims. They call the proposed law the "second chance" bill.

"The light at the end of the tunnel was having a parole date and it encouraged me to use my incarceration to become a better person," said another person, who was convicted of a violent crime as a juvenile. 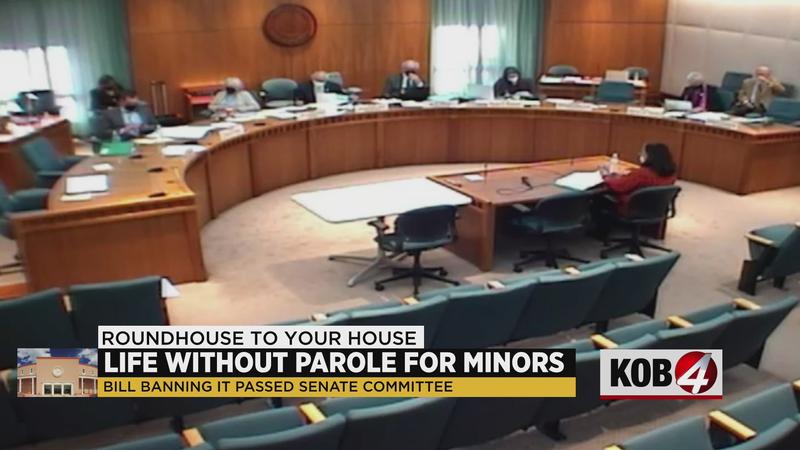 The bill would not only get rid of life sentences without parole for minors, but also allow them to have parole hearings 15 years after the crime.

The fiscal impact report for the bill says at this time, there are about 40 inmates that would be eligible if it passes. One of them includes Nathanial Jouett, who opened fire at a Clovis Library in 2017 killing two people and injuring four others. He was 16 at the time. One of those surviving victims is Alexis Salisbury.

"I was shot three times in the library," Salisbury said. "I still live with a bullet in my tibia to this day."

She spoke at Friday’s meeting against the bill.

"This bill is saying that the victims of juvenile criminal crimes do not matter, they don’t care if we are re-traumatized 15 years after the crime has happened," Salisbury said.

She wasn’t alone in her protest.

The bill will now head to the Senate Judiciary Committee. Sedillo Lopez believes it will make it all the way to the governor’s desk.

“We had the votes last year, so I expect to have the votes this year,” Sedillo Lopez said.