ALBUQUERQUE, N.M. – A serial armed robbery suspect was arrested after being shot by a Cricket Wireless employee.

Ryan Lee Baca Bosiljevac made his first appearance in court Tuesday and a judge ruled he will remain behind bars until his trial. But he wasn’t the only one arrested – APD also arrested the Cricket Wireless employee, Abraham Robledo.

When Baca Bosiljevac was arrested, he confessed to 15 robberies over the last month. He hit multiple Keva Juices, Pizza Huts, Metro PCS, Cricket Wireless, and the Pyro Smoke Shop.

“We were hit twice, both times in the morning,” Pyro employee Elizabeth Ramirez said.

But investigators said Baca Bosiljevac’s robbery days were halted when a Cricket Wireless employee followed him outside and shot him. Other stores said they were also prepared to defend themselves if the robber came back.

“We had gotten our precautions ready with a bat and some mace if it came down to it,” Ramirez said.

But the Cricket employee, Abraham Robeldo, is now facing charges of aggravated battery with a deadly weapon. According to the criminal complaint, that’s because he left the scene of the crime to chase down Baca Bosiljevac after he had left the store.

But Pyro employees said they are going to stay prepared after police told them they have the right to defend themselves if the robber comes back.

“Basically they said if he threatened our life first with a gun at the time not knowing if it was real or fake, it was ok for us to protect our lives. If we had to mace him and hit him over the head with a bat, we also have a night worker who has a conceal and carry,” Ramirez said.

In the meantime, they are just glad he was caught.

“Gives us some peace of mind now you don’t have to worry about someone running in,” Ramirez said.

Baca Bosiljevac will be in front of a district court judge sometime in the next week. As for the Cricket Wireless employee who shot him, APD said his case has been forwarded to the District Attorney’s office. 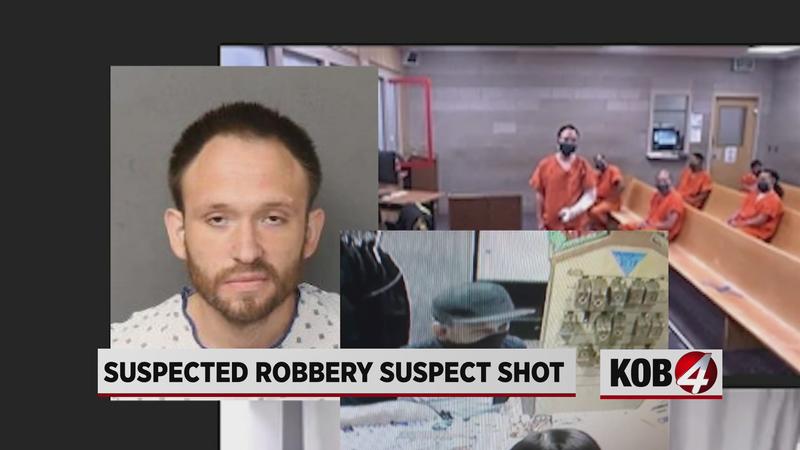