ALBUQUERQUE, N.M. – Tonight the parents of the teenager accused in the Michigan school shooting are in jail.

James and Jennifer Crumbley have pleaded not guilty to involuntary manslaughter charges.

It’s rare for parents to face charges in these situations – even if their child uses their gun.

But some New Mexico lawmakers are continuing to push for New Mexico to add similar penalties – and soon.

After similar bills on securing guns failed earlier this year, Democrats are making some changes, hoping to gain more traction for the legislative session this coming January.

Multiple school shootings in New Mexico and across the country are leading to more calls for new laws to go on the books.

State Sen. Daniel Ivey-Soto from Albuquerque is among Democrats who want to pass a so-called child access prevention law.

"Gun ownership is a right, but with any right comes responsibility,” said Ivey-Soto.

Gun owners would face criminal charges if a child takes their gun and commits a crime with it.

"You have a responsibility to make sure that the children don’t access those in a manner in which they could end up hurting themselves or others,” Ivey-Soto said.

Texas is among the states with a version of this law. A similar bill failed earlier this year in New Mexico.

Democrats said they’re still working on what specific punishment would be, but this new proposal will focus less on how guns would be stored, which should get more lawmakers on board.

"What’s the penalty on the parent for behavior that the child engages in?” said Ivey-Soto.

Many advocates of this proposal point to the tragedy earlier this year at an Albuquerque middle school.

In fact — some lawmakers said they’d like to name this law after Benny Hargrove, who was killed in the shooting at Washington Middle School.

Police said the 13-year-old shooter – a classmate – used his father’s gun to carry in the attack. The DA has not yet said whether his parents could face charges.

A spokesperson couldn’t be reached this weekend.

New Mexico Republicans have consistently opposed gun security bills, but note Democrats do have the majority in both houses. 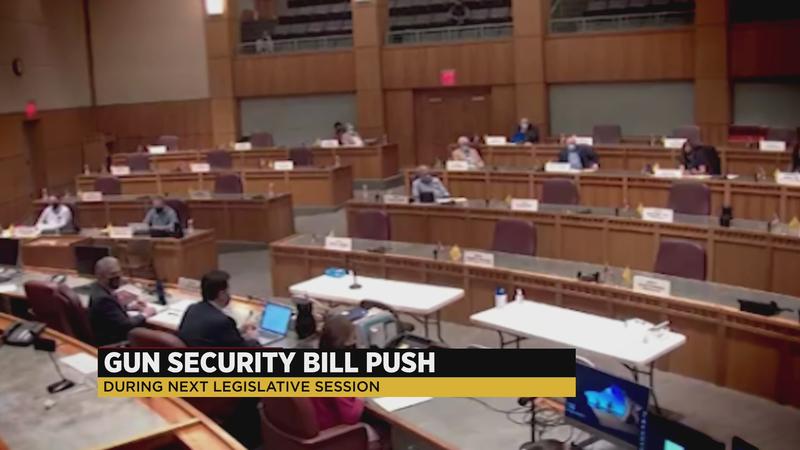