ALBUQUERQUE, N.M. — Albuquerque authorities are searching for a man they say set four separate fires along Central Avenue within a 15-minute time frame.

The fires happened on Thursday. According to an arrest affidavit, 53-year-old John Ferguson set fire to three dumpsters and a local restaurant. Surveillance video shows a person police believe to be Ferguson ride up on a red mountain bike to a dumpster located in the parking lot of an Albuquerque Police Substation. The security footage doesn’t show Ferguson igniting the dumpster, but soon after he leaves smoke could be seen from it. Firefighters can be seen arriving a short amount of time later.

While crews were there, authorities say Ferguson then went to another nearby dumpster in the area of central and set that one on fire. Then another dumpster in the parking lot of Garcia’s Kitchen. Finally, the last location where a fire was set was at Café Laurel also on Central. However, the extent of this damage was far more severe. Windows broke from the heat and caused severe damage to the roof. According to the arrest affidavit for Ferguson, the damages are estimated to cost $35,000 to fix.

In that same affidavit, police say Ferguson is responsible for other recent fires including those in downtown Albuquerque and also the recent fire along the bosque. Ferguson was detained for questioning but was released due to a lack of probable cause.

If you have any information regarding Ferguson’s location, you are encouraged to call Albuquerque police. 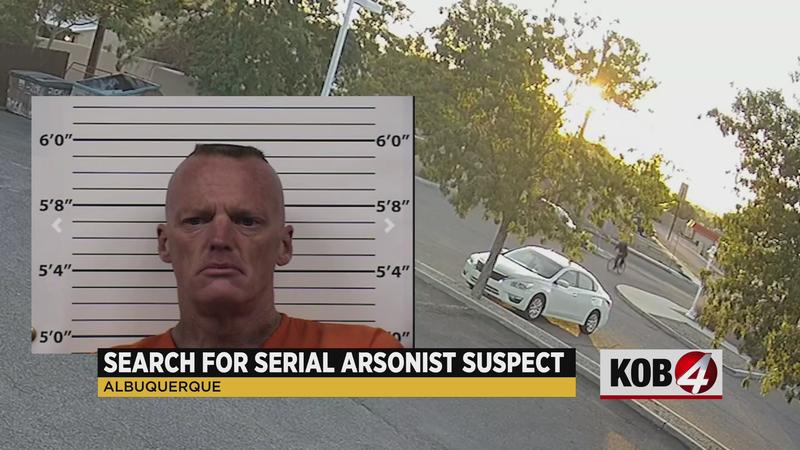