Suspected drunk driver arrested after driving wrong way on I-40

ALBUQUERQUE, N.M.– A suspected drunk driver is behind bars after reportedly driving the wrong way on I-40 for several miles. Yeiry Ruiz was arrested overnight Saturday.

According to a criminal complaint, Ruiz was seen getting on the wrong side of I-40 near Wyoming, and made it all the way to Tijeras. Multiple deputies reportedly attempted to stop her but she continued driving. Eventually, she came to a stop where deputies had blocked traffic.

According to the complaint, Ruiz appeared disoriented and confused when she was detained. She reportedly told police she was unaware that she was traveling in the wrong lanes. She admitted that she had been at a bar and consumed a couple of drinks earlier in the evening and was on her way home.

Police also found a small bag of cocaine in her purse. Ruiz is expected to appear in court Monday.

This comes as the New Mexico Department of Transportation gets ready to launch the next phase of its "End DWI" campaign. 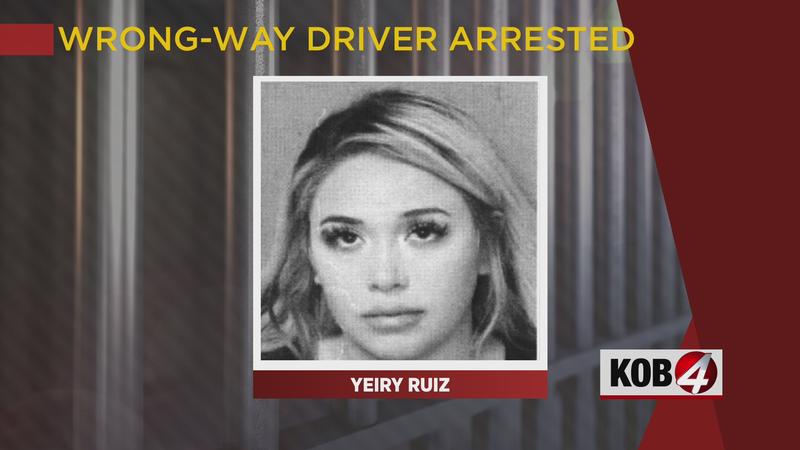