ALBUQUERQUE, N.M. – This morning, many in the area woke up to a couple of inches on the snow as a blast of winter weather unexpectedly hit the region overnight.

The snow began around 11 p.m. Tuesday and ended early Wednesday. The Sunport received 3.1 inches of snow, according to the National Weather Service while places such as Edgewood received as much as 6.1 inches. 3.9 inches was also reported Tuesday night in Santa Fe.

Snow left behind slick conditions west of Albuquerque, especially, as I-40 was closed at mile markers 140 and 147 – causing long delays and backups Wednesday morning.

Many schools and businesses announced delays and closures Wednesday – and we got to see some of your pictures and videos.

Eddie Garcia and Danielle Todesco wrapped up what we saw and looked ahead, at noon, to what we can expect to see the rest of the week. Click the video above to view the full update. 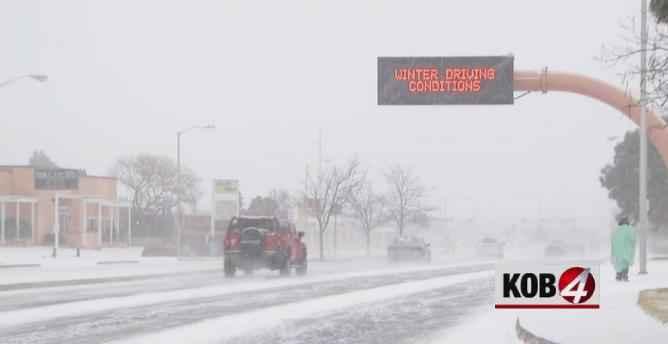