BERNALILLO COUNTY, N.M. – Problems at the Bernalillo County Jail continue to escalate. Within the last week — 12 corrections officers quit. The jail has already admitted it’s been severely short-staffed and now there are growing concerns of potential riots inside the Metropolitan Detention Center.

The jail’s union president told KOB 4 they’re stressed, over worked and with this latest cyberattack, not getting paid. All of this reaching a point where if this keeps going, there won’t be enough people to run the facility.

Trujeque has worked at the Metropolitan Detention Center for close to 20 years and became the union president six years ago. He says this is the worst it’s ever been at MDC.

“Right now the environment at MDC, the morale, is at an all-time low," said Trujeque.

More assaults on officers and inmates recently lead to a lawsuit after one inmate was beat to death inside his cell in October.

"That’s the kind of thing that happens because of short staffing," Trujeque said.

He says that’s the biggest issue at the jail and that just this past week, 12 officers quit.

"We are at 40% staffing vacancy, about 200 officers short," said Trujeque.

And the ones that are working are taking on a lot.

"Everybody is having to do double duty, work twice as much."

For every one officer, they are watching over about 35 to 40 inmates. And those locked inside know it and are taking advantage.

"They will rig their doors. Sometimes they can rig their doors to where they will be able to get out to use the phone or pass contraband back and forth."

Now, a big fear these officers have, is that it’s just a matter of time before a riot breaks out.

"It can happen at anytime. There is no one to respond to emergencies, so if you did open a door and an inmate did start attacking you and you called for help, there is no one to come," said Trujeque.

Then came the county cyberattack, which has still not been fully resolved.

"The ability to view those cameras went down. We are not all the way back to 100%. There are some people who still can’t view those."

Impacting not only security, but officer pay. Some received more money than usual, and others didn’t receive enough.

"That caused a few people to quit as well because they are working all this over time and they weren’t getting paid for it."

All of this piling onto officers’ stress. Now, Bernalillo County did vote to help MDC by requesting assistance from the New Mexico National Guard to help with staffing.

That change needs to happen soon, or Trujeque believes the way the situation is going, he doesn’t know what MDC will look like in six months.

"If we don’t act now and act fast, there’s not going to be anybody left to run the jail, that’s going to be the bottom line."

Trujeque says there needs to be more long term fixes for MDC and is also calling for pay raises for the officers. 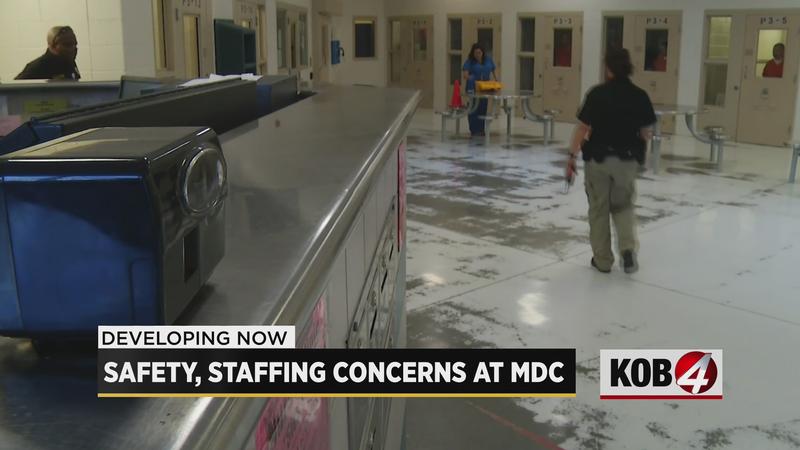