ALBUQUERQUE, N.M. – New developments in the negotiations between the company that owns Smith’s grocery stores, and the local workers union.

Sunday, Jan. 30 was the deadline, and about two hours ago, the company – Kroger – announced that both sides have agreed to an extension. It’s through this coming Saturday – so negotiations are set to continue.

Workers say they’re willing to strike if they don’t get what they want. Workers and local union reps told KOB 4 they want higher pay – $2 an hour for every employee, and increased security at the stores.

"You know, it’s corporate greed, which is as old as time," said Dawn Bianchett, a longtime Smith’s employee. "Almost everyone one I talked to are ready to do what we need to do."

The union told KOB 4 they’d need a two-thirds vote in order to strike.

The company says the two sides are set to return to the bargaining table this week for negotiations. They said Kroger is committed to reaching a "peaceful agreement,” and that the union should not be "threatening disruption."

The company also said, "Local 1564 is threatening a strike authorization vote based on alleged unfair labor practices, practices which are just that – alleged." 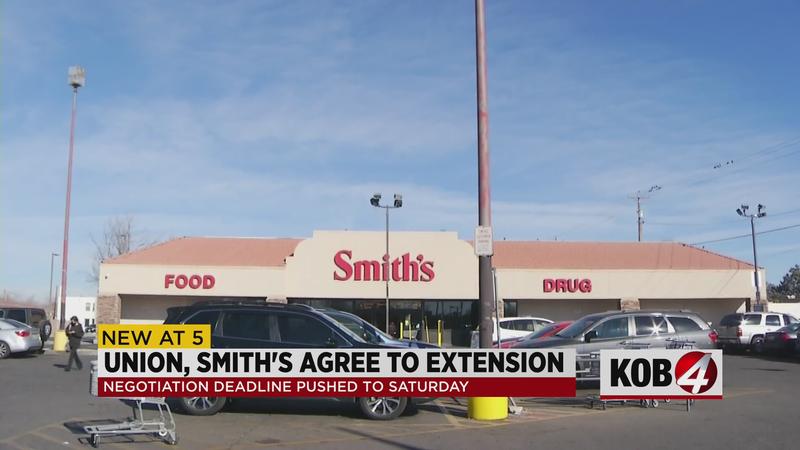