ALBUQUERQUE, N.M. — Through a first of its kind partnership with Verizon, UNM upgraded 25 of its aging emergency blue phones and outfitted them with 5G cellular technology. University officials say the upgrades are an added layer of security and connectivity for the campus community.

More than 140 emergency blue phones are currently scattered throughout UNM’s campus. They’re supposed to serve as beacon for help and connect callers directly with police.

In 2019, the KOB 4 Investigates team highlighted how the old phones sometimes didn’t always work the way they were supposed to.

Some schools like CNM and NMSU scrapped the blue phones years ago, calling them outdated.

However, UNM has maintained the blue phone technology and has been working with Verizon over the past year to upgrade several of the phones. 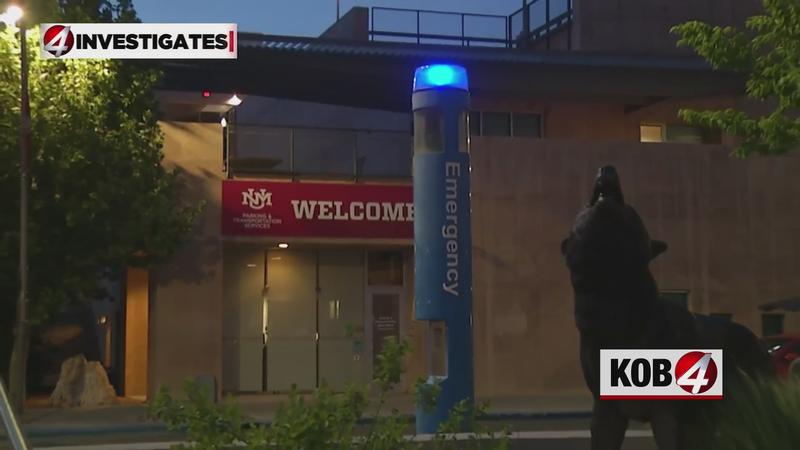 "If you were to dial 911, the chances of them triangulating your exact position for GPS is a lot more accurate so that Albuquerque Police can work with UNM police can find you a lot quicker and more accurately," said Reynolds.

Reynolds said if cell phones aren’t an option, the analog blue phones can still serve as a helpful backup system.

"Say you’re in a situation where you had an emergency and you drop your cell phone or your cell phone battery died and you need help you can still go to that cod blue push the button and that is a direct connection to the university police," said Reynolds.