ALBUQUERQUE, N.M. – Much of New Mexico is currently under some sort of fire restrictions, including national forests. But some New Mexicans say the Forest Service isn’t following it’s own rules when it comes to fire prevention.

A video taken last Thursday and posted to Facebook the next day shows a man welding a fence in the Wills Canyon area of the Lincoln National Forest.

One Facebook poster explained that the man seen in the video welding was a forest service coordinator. The thing is, the forest is currently under Stage II fire restrictions that went into effect in April — and will stay in effect until the end of the year. And a part of the order says welding is banned.

"Rules for thee, but not for me!" wrote one post with a pair of angry emojis.

"During fire restrictions, National Forests sometimes authorize exemptions on a site-by-site basis. In this case, the Forest Service has an immediate need to build a fence around a stream to protect an endangered species that lives in the area."

And those exemptions are laid out on the second page of the order, saying, “Persons with a written Forest Service authorization specifically exempting them from the effect of this Order."

The Forest Service says in this case, their contractor has to follow safety protocols, including having a fire watchman, water on site and remaining on site for one hour after they complete their work. They also say area firefighters and the sheriff’s office are doing regular check-ins.

People on Facebook still weren’t happy – with one writing: "When they burn us down they may rethink this exemption. There won’t be a forest left to manage."

The U.S. Forest Service has been feeling a lot of heat during this wildfire outbreak — largely because two of them started as prescribed burns. 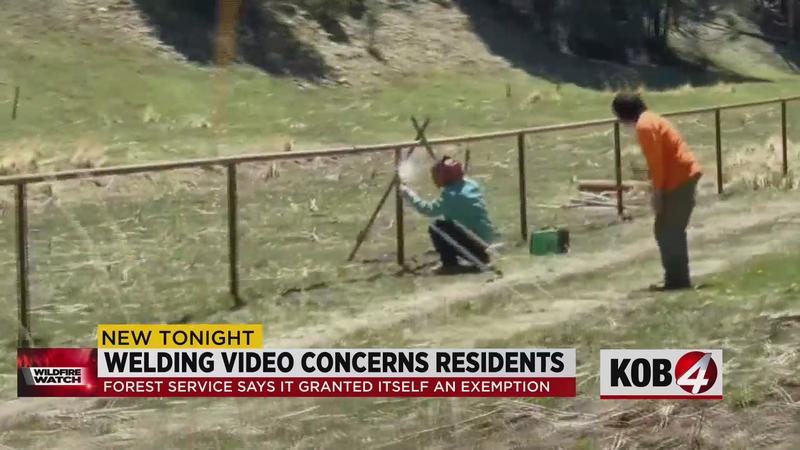