ALBUQUERQUE, N.M. — A chaotic hit-and-run incident was caught on camera outside a liquor store near Broadway and Bridge.

Elizabeth Lucero, a witness, grew up in the Albuquerque area, and said she’s never seen anything like this before.

"I walked out of the store, I see these two guys fighting, and he got hit,” she said. “I thought he was dead."

The video has been shared more than 7,000 times on social media and shows two men pushing and shoving each other. A man in black shorts then gets behind the wheel and hits the gas, slamming his car into the person he was arguing with.

"He got up and walked off and I was like ‘Oh my God he just walked off.’ I think they were both drinking. I would have thought so any way,” Lucero said. 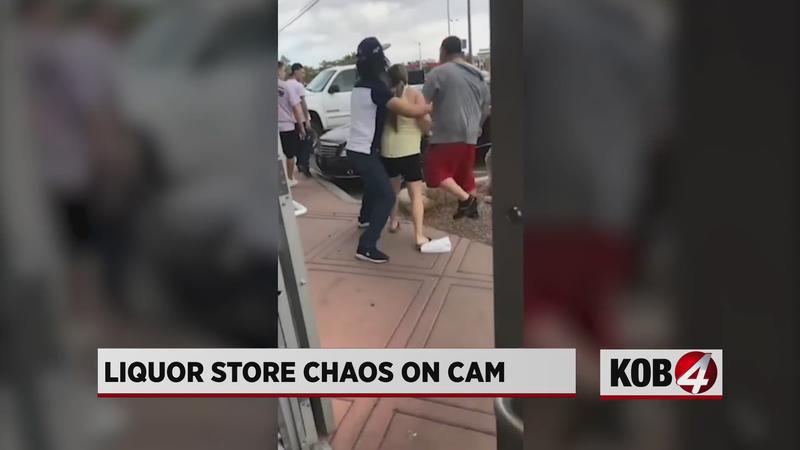 "And it was like, is that really the life, is it really happening or are they just playing the part? I was in shock. I just stood there staring. And he walked off like he was fine," she added.

KOB 4 reached out to Stadium Liquors, but they declined to comment.

KOB 4 also reached out to APD to find out if there is an open investigation about the incident, but did not hear back.