Water experts speak on historic drought across the Southwest

ALBUQUERQUE, N.M. – The drought across the U.S. Southwest is reaching historic levels. Federal officials have declared the first water shortage ever on the Colorado River.

"The challenge of our time is to figure out how to continue to thrive in a basin that is getting drier,” said Dagmar Llewellyn, Planning Group Supervisor of the Bureau Of Land Reclamation.

Starting next year– farmers in Arizona and Nevada will face mandatory cuts to their water supply.

"So we’ve been in that kind of shortage on the Rio Grande since 2003, we’re paving the way for the Colorado really,” said Llewellyn.

Water experts said the southwest is experiencing something called "global change type drought’ meaning less water is coming down from the mountains because dried out soil and plants are soaking most of it up.

"So there was snow in the mountains, but because the soil moisture were so low, because it’s been so hot and dry prior to this year’s monsoon season, the snow pack didn’t actually become snow melt,” said Llewellyn.

That means there’s not much water left to replenish reservoirs like Lake Mead or Elephant Butte, both reached historic lows this year.

"We have the benefit of the monsoon moisture we’ve been experiencing here in July and early August, we’re expecting us to be completely out of water except for a low base flow, maybe as early as July, but because of the rains that kind of gave us a reprieve,” said Mike Hamman chief engineer, and chief executive officer of Middle Rio Grande Conservancy District.

Experts said places like Albuquerque and Santa Fe have gotten pretty good at dealing with water shortages, but it’s a different story down the Rio Grande. Officials said farmers may be forced to cut back as early as next year."

"The other thing farmers are going to have to seriously consider is possibly different cropping patterns to meet the available water supply from year to year, and that may be a very difficult transition for folks,” said Hamman.

The Middle Rio Grande Conservancy District voted to end the irrigation season Oct. 1 to prevent the Rio Grande from drying out.

"We can’t expect to go back to the kind of, you know the kind of water supplies we had in the past, the effects of climate change for us are a decreasing water supply,” said Llewellyn.

But there is a silver lining — experts say this isn’t a permanent change.

"There’s a cyclical nature to drought, and we’ll see it come and go and we as human beings are going to adapt and make the best out of whatever Mother Nature presents itself, so I’m feeling, I’m feeling optimistic,” said Hamman. 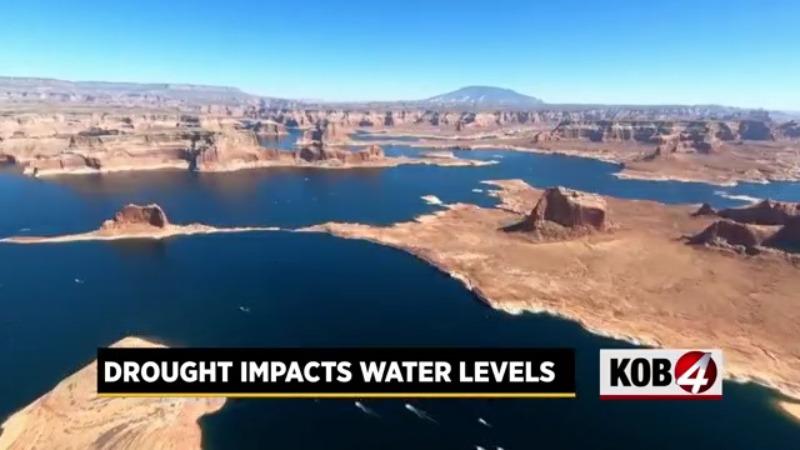