LOS LUNAS, N.M. – After nearly three years, dozens of court hearings and hundreds of days and nights missing their loved one, family and friends of Belen marine Matthew Gurule have some closure.

The last person responsible for taking his life—Jeannine Willard—was sentenced by a judge, but not before making a tearful apology to the victim’s family.

"I just wanted everyone to know how very I sorry I am,” Willard said. “I looked up Matthew when I got out of jail and I see that he was such a good person, and I’m sorry that I took part in what happened. I wish I could take it back, but I can’t. I’m so sorry."

Willard received a total sentence of 27 years, but because she took a plea deal, she will only serve 18. She plead guilty to multiple charges, including conspiracy to commit first degree murder, tampering with evidence, and arson. Willard led deputies to Gurule’s body nearly a month after he was killed back in 2019.

She blamed Francisco Gomez, her boyfriend at the time, for shooting Gurule and claimed he threatened her to keep quiet. "He made me a part of this, so I wouldn’t tell because I would go to jail as well, but I will go to jail and I will serve."

Judge Cindy Mercer said there was no excuse for what Willard did.

"You were there, you participated, you chose not to distance yourself from Mr. Gomez when you knew the type of person he was," Judge Mercer said. "You had multiple opportunities while this case was pending to resolve this case earlier on with a different outcome, and instead of taking that opportunity, you chose to continually violate your conditions of release, pick up more charges, and ultimately cut off your GPS when you were supposed to be here at the courthouse taking a plea."

Gomez was sentenced to 32 years in prison in September. Gurule’s family told KOB 4 Wednesday’s ruling for Willard is a relief, but this has been a painful two and half years.

"Jeannine, this is to you, and I truly want you to listen to me,” she said. “I want you to know that you’ve taken away the last living brother that we had."

"The reality is my entire life has changed forever,” said Matthew Gurlue’s other sister, Rheanna. “The day I lost my brother, I also lost my mom. He was her world. The doctor said the stress and trauma of what has happened has rapidly excelled her Parkinson’s, leaving her completely disabled, and unable to communicate at times."

"What this has done to our mom is probably the hardest part of it,” Bratten told KOB 4.

Even though both of Matthew Gurule’s killers are behind bars, Bratten said more needs to be done to help the families of other missing adults.

"I really feel like there’s a flaw in the system, that when someone does go missing, and you’ve got all of these other factors, or even things that that are point to foul play, there needs to be more done for adults that do go missing and not at their own will,” she said. "Every adult that does disappear or goes missing, has that right to privacy and that right to just disappear if they want, but when you have family members screaming the whole time that he wouldn’t do this and he wouldn’t leave on his own, I really wish more could have been done sooner." 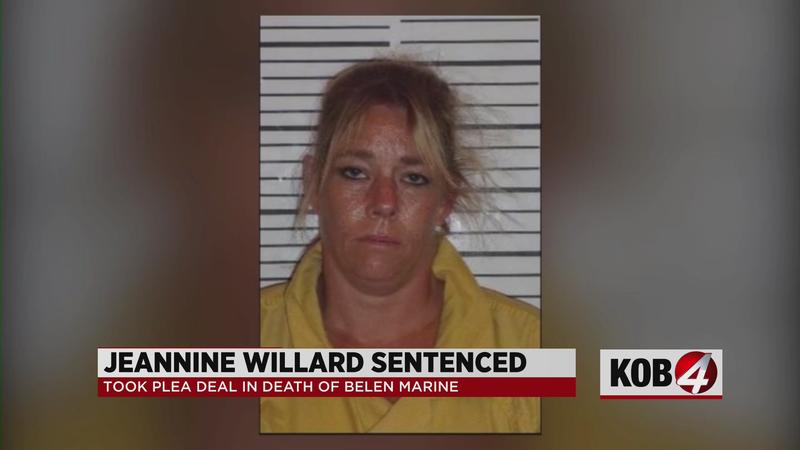