A closer look at abortion rights in New Mexico

ALBUQUERQUE, N.M. – While the Supreme Court’s final decision on abortion does not make it illegal nationwide, the issue has now been thrown back to the states as to if abortions are restricted or banned.

In New Mexico, abortion will remain legal because of action taken by the state’s Legislature. However, that’s not the case for most of the neighboring states as Texas, Oklahoma, Arizona and Utah all have laws on the books that ban abortion.

New Mexico’s abortion law was put on the books in 1969. It banned abortions except in cases of rape, incest, or if it was necessary to save a woman’s life. New Mexico’s law became unenforceable following the Supreme Court decision in Roe v. Wade in 1973. It sat on the books, dormant, until February 2021.

That’s when Gov. Michelle Lujan Grisham signed a bill that struck that old law from the books.

“This is about women who deserve the right, particularly when there are untenable circumstances, to have a relationship with their provider and control over their own bodies and we know when that occurs, frankly, we are saving lives,” said Lujan Grisham. 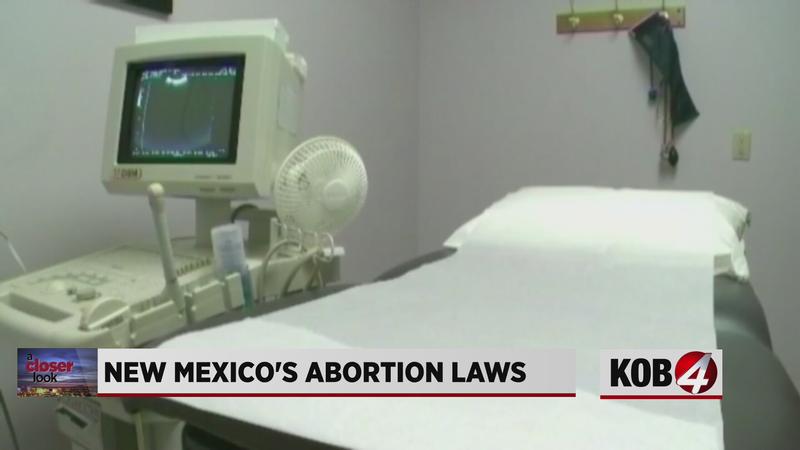 With the law off the books, abortion will be legal in New Mexico – even as Roe v. Wade is struck down.

In neighboring Colorado, they took it even a step further than New Mexico.

New Mexico is expected to see an influx of patients seeking abortions.

Last October, in a court decision on a legal challenge to the Texas law, a judge wrote that following the passage of Texas law, New Mexico clinics became overwhelmed. The judge also wrote that nearly a third of all abortions at New Mexico health centers at the time were for Texas patients.