If you’re feeling like it’s always election season, you’re not alone. High-stakes races across the country have candidates hitting the campaign trail earlier than ever. Part of the journey to elected office includes TV advertisements, which dominated the airwaves leading up to the primary and have barely slowed down since that election. KOB’s 4 Investigates team is back on the fact check beat, focusing on an ad by a Republican group called Get Families Back to Work.

It’s gotten a lot of attention from viewers because the ad employs the common tactic of using existing news reports to criticize an elected official — in this case, Gov. Michelle Lujan Grisham.

The ad relies heavily on two 2021 reports from 4 Investigates, which explored spending from a discretionary account used for decades by governors from both major political parties. While laws have changed to give more transparency to that spending, there’s still broad leeway as to what qualifies. State law says expenses must be “directly connected with obligations of the elected office of governor.”

After opening the political ad with a report about inflation, a narrator intones, “Yet Governor Lujan Grisham keeps wasting your tax dollars on her personal interests.”

“There’s more booze, a lot more food, and some other items that may surprise you,” says Soliz about the itemized list of expenses tracked down by Ramirez, which included a doggie door and money to clean up urine stains on carpets at the governor’s mansion.

“That gives you the opportunity to make that decision,” says Ramirez of the fund’s new transparency rules. “Are these expenditures okay with you, or not?”

More than a few KOB viewers have wondered if the station has endorsed the Democratic governor’s Republican opponent, Mark Ronchetti.

It has not. KOB does not endorse any candidate.

General Manager Michelle Donaldson pointed out as much in a recent letter to viewers, which notes that both FCC rules and U.S. Supreme Court decisions protect political speech, require access to the airwaves and prevent editing political messages, with few exceptions. 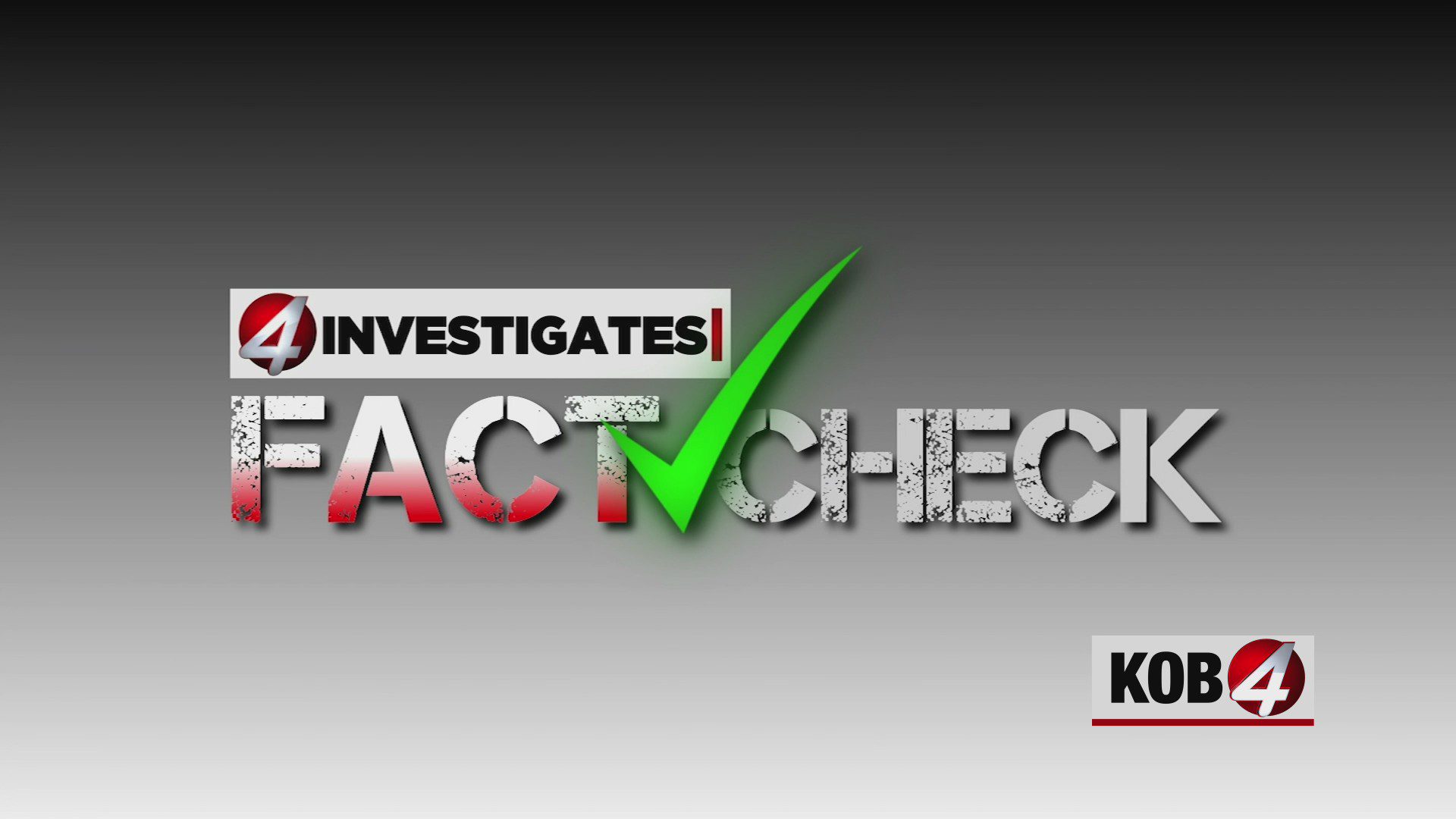 The ad from Get Families Back to Work, an offshoot of the Republican Governors Association, criticizes much of the spending pointed out by KOB, which is backed up by receipts submitted to the state to verify purchases charged to the fund.

The first three times it uses TV reports, the ad frames them in a box or superimposes them onto a TV set. They’re easy to distinguish as advertisements, as are the headlines from other similar stories. By the time Ramirez is saying “Are these expenditures okay with you, or not?”, however, the frame is gone, and only a tiny attribution is sitting in the lower left corner. It’s much easier to mistake it for a part of the ad instead of a piece of journalism.

Lastly, the ad criticizes the governor’s use of the fund to pay for “a lavish party for donors.” That’s a half-truth.

The Santa Fe New Mexican wrote in May that the governor’s latest campaign finance report noted a payment of more than $1,800 to the state for a “campaign event.” The event was in the fall of 2021 and the campaign paid the state for it in December of the same year. Whether it was a misstep, bad bookkeeping or something else is debatable, but taxpayers are not on the hook for it, as the campaign corrected it and paid back the state prior to the story generating headlines.