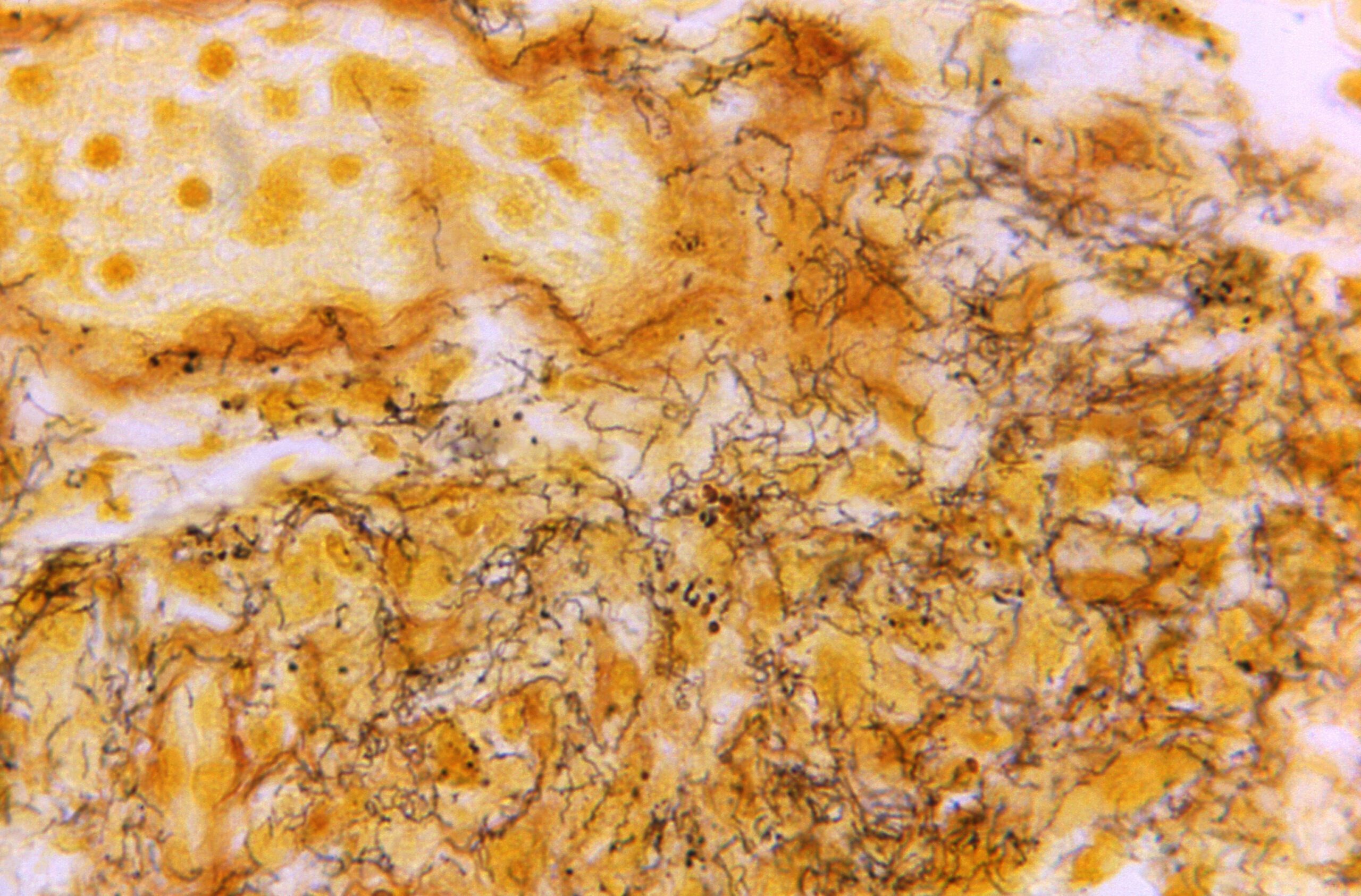 This 1966 microscope photo made available by the Centers for Disease Control and Prevention shows a tissue sample with the presence of numerous, corkscrew-shaped, darkly-stained, Treponema pallidum spirochetes, the bacterium responsible for causing syphilis. U.S. health officials on Monday, Sept. 19, 2022, are calling for a new push to prevent sexually transmitted diseases — spurred in part by a 26% increase in syphilis cases last year. (Skip Van Orden/CDC via AP)

The agency says that New Mexico had the highest rate of congenital syphilis cases among states in 2020, when there were 42 local cases of newborn babies contracting the disease from their mothers. That is the most recent year for finalized federal statistics.

Syphilis is a bacterial disease that surfaces as genital sores but can ultimately lead to severe symptoms and death if left untreated. When a mother passes the infection on to her baby, it can lead to serious birth defects, miscarriage and infant death.

Scrase said the Health Department will seek new legislation that aligns local syphilis testing for pregnant women with guidelines of the U.S. Centers for Disease Control and Prevention.