ALBUQUERQUE, N.M. – New video just released by the Bernalillo County Sheriff’s office shows the moments when a deputy arrives at a massive street racing takeover, and someone stops him by jumping on the hood of his cruiser.

Dash camera video shows a deputy arriving at the intersection of Indian School and University just before midnight this past Saturday. Smoke from drivers doing donuts in the intersection could be seen.

The deputy turns on his lights and sirens as he gets closer. The video glitches at one moment, but the next thing you see is Mandujano sitting on the hood of the car. Multiple people are then seen running up to the cruiser as well. That’s when the deputy gets out and confronts them.

Undersheriff Larry Koren watched this all happen from the air. He was piloting the BCSO chopper. 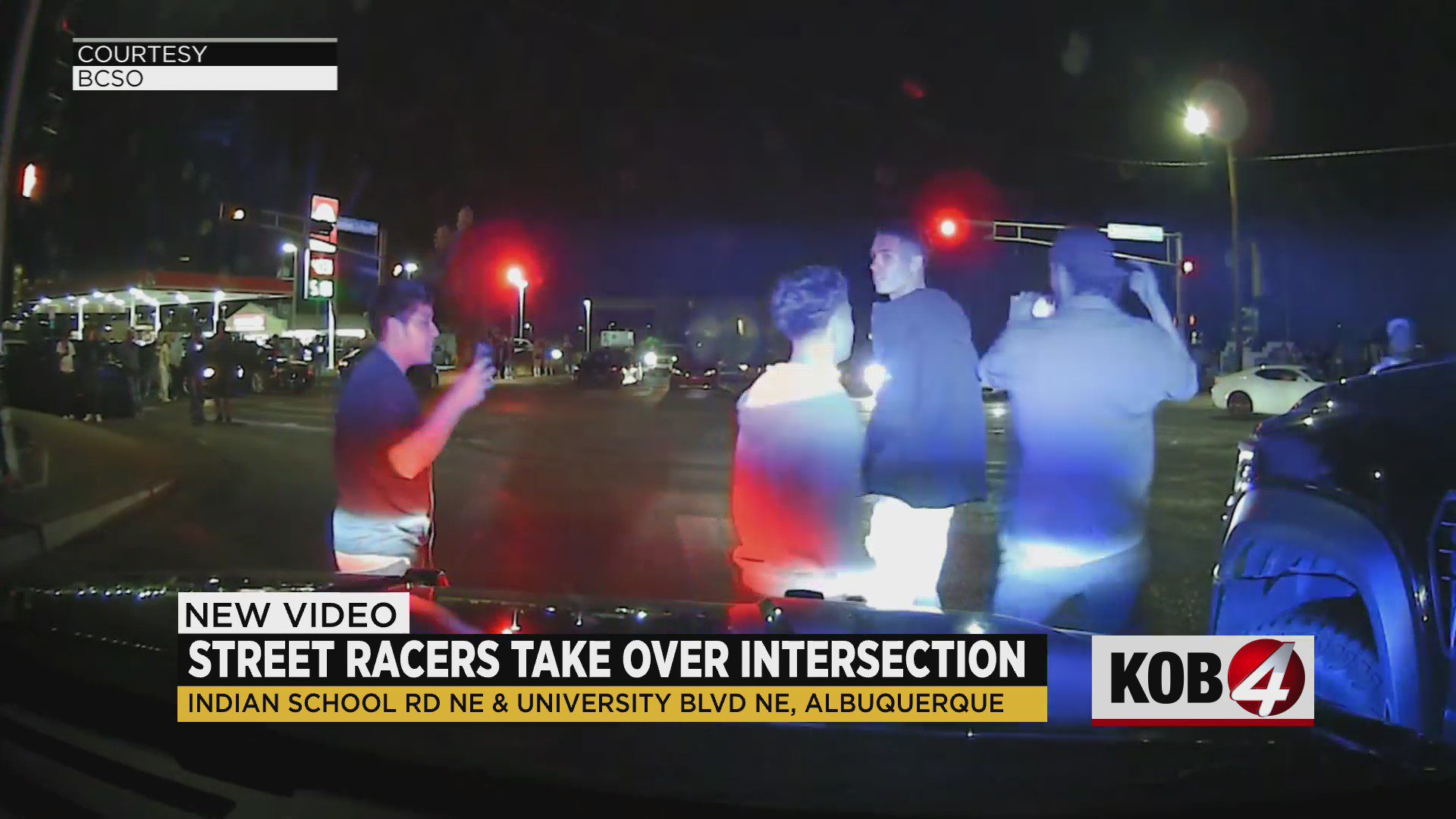 “That was my first time seeing an actual take over like that,” Korren says. “I was very concerned for the deputy that was one of the first deputies arrived at the scene.”

From his view, there were dozens of cars at the intersection, doing donuts around a single person. Nearly hitting them several times. A few of the people ran away when the deputy confronted them. But the video shows the deputy talking to Mandujano and then both walk away. That’s when dozens of cars started to take off in all directions.

Two others were arrested that night. Nicholas Mahmoudi and Odalys Pena are both facing charges in connection with illegal street racing.

And additional arrests could be happening. Koren says they’ve been tracking these drivers down through social media.

“They kind of relish in the fact that they are taking videos of themselves taking over an intersection and drag racing and then they post those videos,” Koren said.

That foolish pride is also how KOB tracked down other street racing events in Albuquerque recently.

“It’s becoming easier to track these folks down so there is very little you’re going to be able to get away with in terms of taking over intersections,” said Koren.

BCSO says they will increase enforcement and patrols to combat street racing. Adding, they will partner with Albuquerque Police and State Police in the future.