SANTA FE, N.M. – A local chef is back in business after thieves trashed his food truck last week, and it wouldn’t have been possible without a lot of help from the community.

“I was just really grateful and like dumbfounded on how much support came out towards me,” said Randy Tapia chef of Poki Tako Food Truck.

Tapia is dumbfounded because the community raised more than $11,400 on his GoFundMe page in a matter of days – easily passing his $10,000 goal.

“That GoFundMe helped me out big time I and would like to thank everybody for all the help and love, and support that you showed me through this hard time that I was going through, and I couldn’t be more grateful,” said Tapia.

That hard time hit last week after a thief pried off the lock and broke into his food truck, stealing cash, equipment and a generator – vandalizing it and putting him out of business. That is until the community stepped up to help. 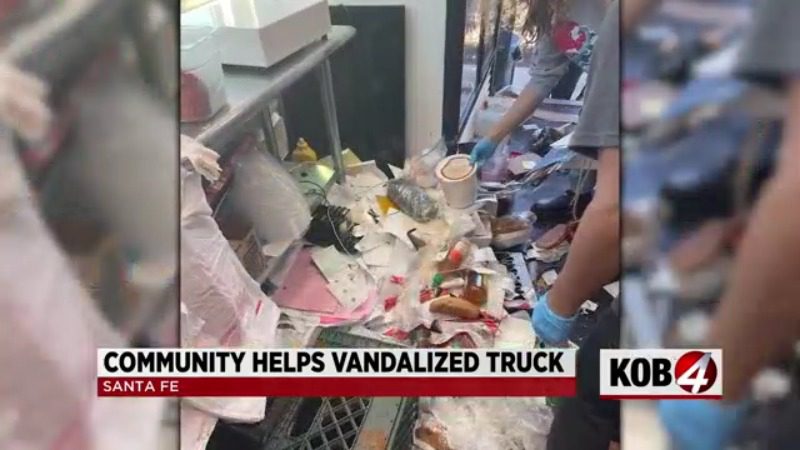 Some of his friends lent him a generator and point of sale system.

“I was able to get back up and running by Friday I was back at the Railyard. And like I told everybody I just had to pick up the pieces and keep moving forward,” Tapia said.

Tapia says he plans to spend the donated money to replace the food he lost, buy a new generator and install security cameras in his food truck.

And he plans to find a way to say thank you to everyone who donated.

“Later on when I’m all back on my feet I was thinking of doing something like a free pancake breakfast for everybody that supported me. Something to show my love back,” said Tapia.