ALBUQUERQUE, N.M. – It’s been just over four months since recreational marijuana was legalized in the Land of Enchantment. The state predicted the marijuana sales would bring in just under $30 million by the end of the year, but now that prediction is much lower.

This week, the state Legislative Finance Committee met and when they were going through their tax income predictions for the year, they said cannabis sales are expected to bring in $22 million, but back in December they were predicting closer to $27 million.

Recreational cannabis sales had a strong start back in April bringing in $40 million in total revenue. Then May and June were both down slightly bringing in $39 and38 million. Finally, last month sales went back up to $40 million.

“Everyone is wondering why can’t we reach $50 or $60 million as previously predicted, it’s because we don’t have enough product for consumers to make that choice,” President and CEO of Ultrahealth Duke Rodriguez said.

Rodriguez says they can only sell as much as they are allowed to produce. Right now the Cannabis Control Division limits the number of plants growers can have up to 20,000, but Rodriguez says that barely keeps up with the demand. 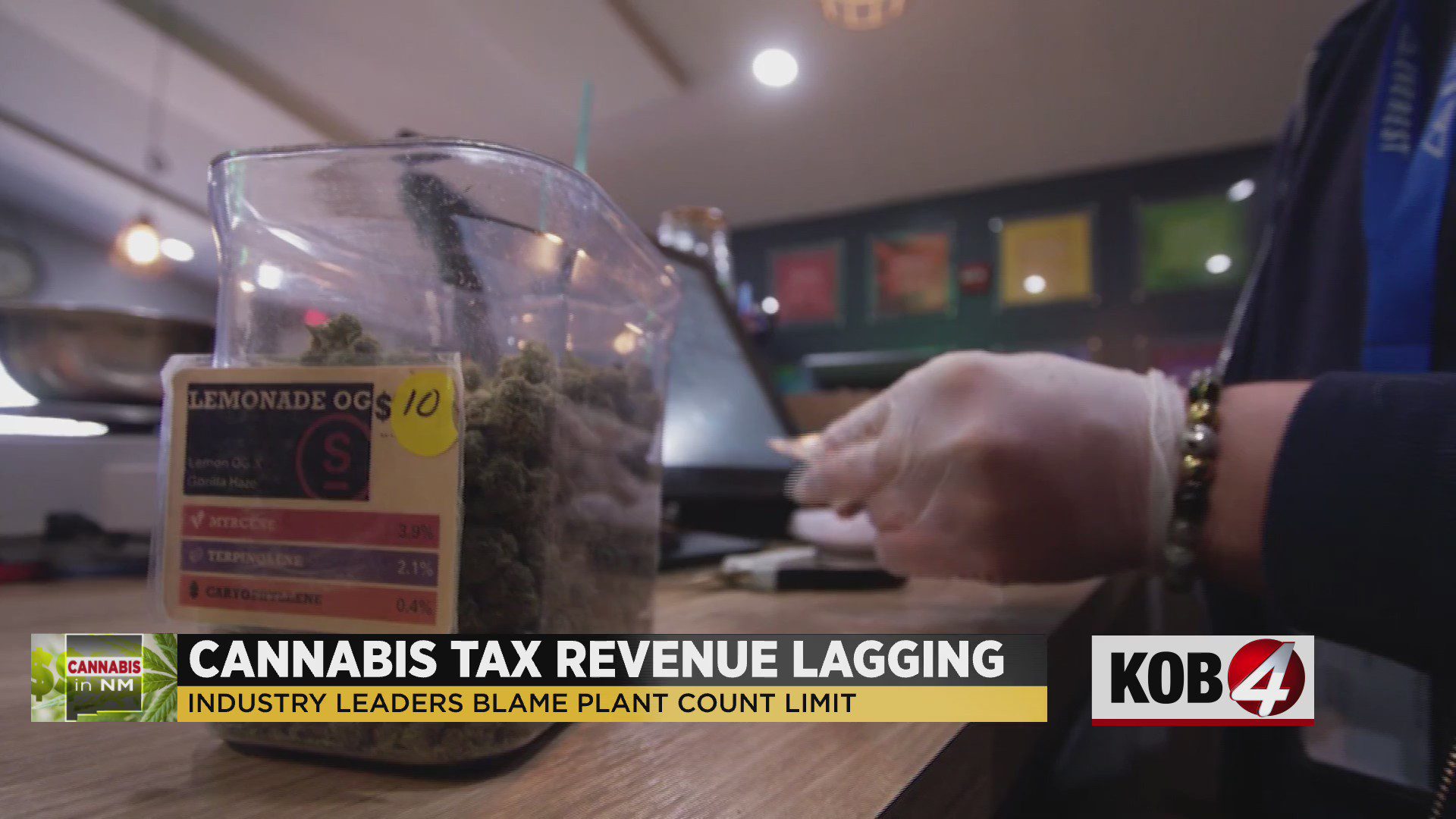 With a limited amount of product and no way to up production Rodriguez claims it’s driving up prices and hurting sales.

“The illicit black market in New Mexico sits around $5 or less a gram,” Rodriguez said. “The average price for the regulated market today is over $10 a gram and that’s the base price before we apply 20% tax.”

But New Mexico isn’t just competing with the illicit market, the state is also trying to keep up with neighboring states. According to Rodriguez the average price for a gram of marijuana is about $4.50 in Arizona. Up north a gram costs around $5 in Colorado. New Mexico’s average price is double that.

“We need to cut our prices in half and the only way to do that is more product on the shelf more production,” Rodriguez said.

Now while Rodriguez says marijuana sales have hit a plateau, Gov. Michelle Lujan Grisham says she is excited to see that the sales are consistent.

“These numbers show that the impressive sales generated in the first month of legalized recreational cannabis sales were no fluke and this is only the beginning. We’ve established a new industry that is already generating millions of dollars in local and state revenue and will continue to generate millions more in economic activity across the state,” Lujan Grisham said in a statement earlier this month.

And we should add the Legislative Finance committee is also predicting a 10% increase in cannabis tax revenue in the next fiscal year.