Resources are moving in, and many people have already been asked to evacuate because officials say, the flames are just 12 miles away from Angel Fire.

“So as the fire continues to move north, it will continue to impact communities to the north as well as to the west and to the east. Our folks are running models to predict the fire behavior,” said David Bales, incident commander.

Hundreds of fire personnel are preparing for the worst, a reality that’s causing fear for everyone nearby.

“It’s a little bit unsettling,” said Kyle Price, Angel Fire resident. “We are prepared to leave tomorrow even before the ‘Go’ signal.” 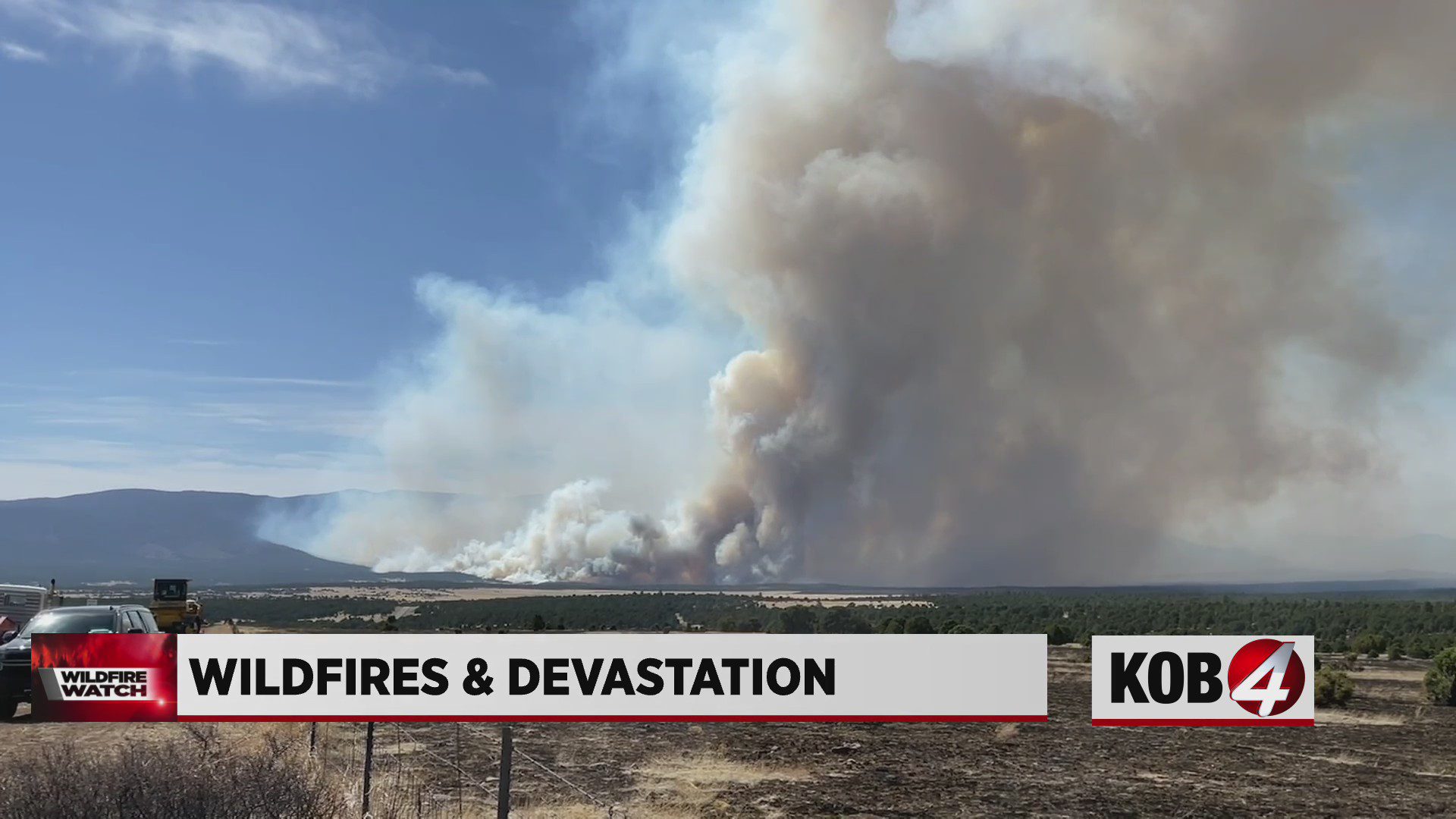 They can’t help but worry about what could be left of their picturesque resort town.

“Yeah, we’ve thought about it, but it can all be replaced,” said Price.

Local officials say about 1,000 people are living here now – but in two weeks it’s set to be 10,000 and many of these houses are in densely-forested, mountainous areas.

10 agencies within Colfax County have rushed to the aid, and there are tons of state and federal resources here on the ground and in the air.

“This is a large fire. This is a big fire. A lot of resources have been at this fire for over a month,” said Kevin Henson. “If the fire came here, we’re not going to stop the fire here. We’re going to try to prevent human loss and property loss.”

Heson is Angel Fire’s fire chief and is coordinating with Colfax County agencies. He says that task that may be difficult.

The communities of Black Lake, Black Resort and Hidden Lake are now in Go! mandatory evacuation status, meaning all residents in those communities must leave immediately.

The Village of Angel Fire is in Set! status, meaning residents must prepare for possible immediate evacuation.

The communities of Taos Pines and the Vietnam Memorial Area are in Ready! status, meaning residents should prepare for evacuation just in case.

Residents evacuating can go through north through Angel Fire to U.S. Highway 64, west to Taos or east to Raton.

Fire officials describe a massive operation that’s come together in the last few days. Officials have also decided the exact location the fire would reach that would cause them to tell everyone to leave immediately.

More information on the Hermits Peak Fire can be found here.