The company announced plans for two new locations that it’s calling “portals.” The first “portal” is set to open next year and is at a shopping-mall inspired experience in Grapevine, just outside of Dallas. The second is going up in Houston’s Arts District sometime in 2024.

Meow Wolf representatives say both locations have been in the works for years, but they’re staying tight-lipped about what’s actually going inside.

“That’s the question that we continue not to answer. Because the, it’s a lot of surprises. We’ve got two locations in Texas, two exhibitions that are going to be kind of partners to each other companions, companion pieces if you will,” said Dale Sheehan Meow Wolf Texas’ executive creative director. “It’s going to be a familiar tone and experience to what our previous Meow Wolf visitors would expect, and hopefully a lot of surprises for the people who have yet to partake.” 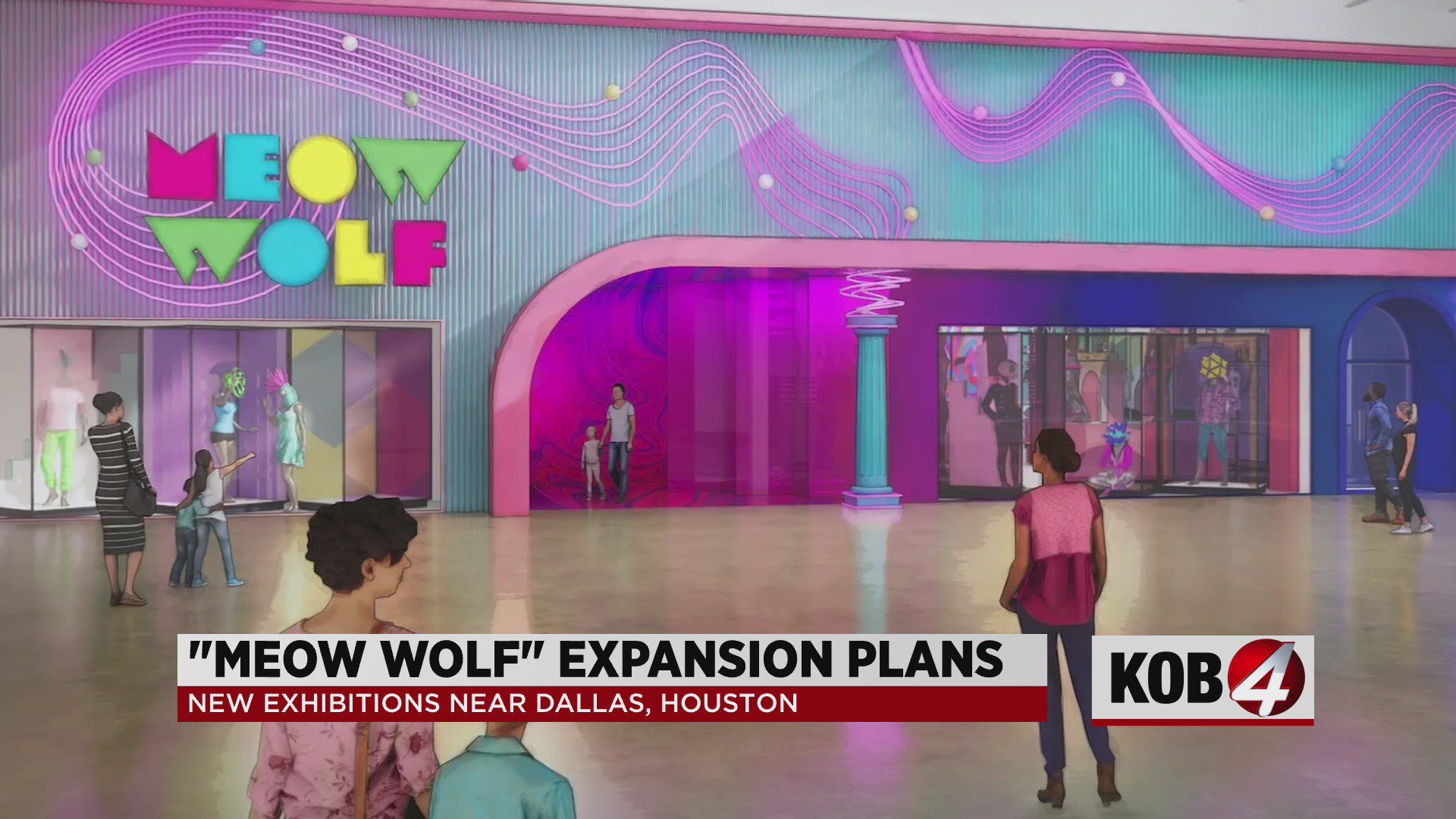 And a lot more people have been getting the Meow Wolf experience. The company opened the Omega Mart in Las Vegas and Convergence Station in Denver early last year. Now, Dallas and Houston are in the mix.

“New Mexico will remain our creative headquarters. We have over 300 employees, most of them being creatives here in New Mexico and our art facilities here. So you know that there’s, there’s no plans to change, that will continue to expand here in New Mexico,” said Bethurum.

And representatives say they have a lot of ideas in the works.

“Expect a lot of new announcements from us in the coming years, coming months, really, I should say, years, too. But yeah, more than just exhibitions, we’re working on a lot of different things,” Bethurum said.