Disney faces proxy fight as Peltz pushes to join board

By MICHELLE CHAPMAN The Associated Press 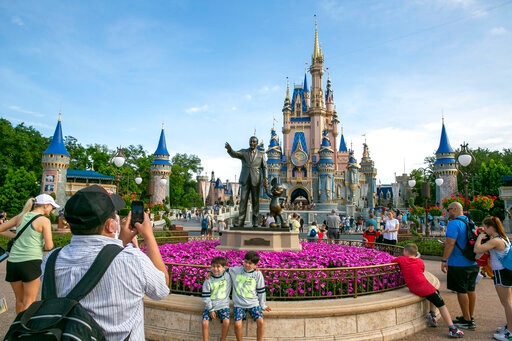 Activist investor Nelson Peltz is fighting for a seat on the board of Walt Disney Co., claiming that the company is struggling with self-inflicted problems.

With the departure of Arnold, Disney’s board will shrink to 11 directors.

Peltz said that he should be elected to Disney’s board because of his prior experience turning around companies to improve performance and increase long-term shareholder value. Peltz has previously waged successful proxy battles at blue chip companies including DuPont and Procter & Gamble. Peltz’s Trian Group said in a regulatory filing that he’s seeking a one-year term.

Trian argues that Disney’s recent operating performance is disappointing, and said that the stock is almost at an eight-year low despite the return of Bob Iger to the CEO post two months ago. 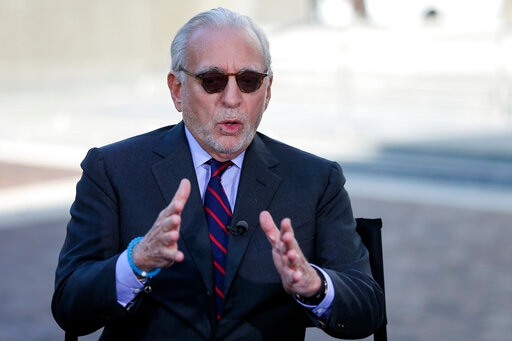 “The Trian Group believes that Disney’s recent performance reflects the hard truth that it is a company in crisis with many challenges weighing on investor sentiment,” the filing said.

Shares of Disney, based in Burbank, California, rose 3.2% in morning trading Thursday.

While Trian acknowledges that Disney — which owns Marvel, Pixar and ESPN — is like many other media companies in the challenges it faces shifting from legacy content distribution channels to streaming, the group argues that it should still be performing better given its intellectual property, diversified business mix, and theme parks business.

The group says recent issues facing Disney are self-inflected problems, calling out what it considers failed succession planning efforts, a flawed direct-to-consumer strategy and “over-the-top” compensation practices, among other concerns.

Trian argues that if the 80-year-old Peltz is elected to Disney’s board, he’ll look to increase transparency and accountability. The group said Peltz would focus on developing an effective succession plan, aligning compensation with performance and improving direct-to-consumer margins.

Trian is not looking to break up the company or replace Iger, who turns 72 next month.

Disney is recommending that its shareholders not vote for Peltz and addressed some of Peltz’s concerns.

“Iger has already taken decisive steps to realign content creation and distribution, and reposition Disney’s streaming platforms and linear broadcast and cable networks for enhanced profitability for the company,” Disney said in a statement.

Disney also announced Wednesday that Parker, who served as Nike’s chairman and CEO until 2020, will head its newly created succession planning committee. The committee will advise Disney’s board on CEO succession planning, including the review of internal and external candidates.

Iger had handpicked former CEO Bob Chapek as his successor, whose two-year tenure was marked by clashes, missteps and a weakening financial performance. Iger’s return to Disney and ousting of Chapek came just a couple of weeks after Disney’s quarterly financial performance fell well short of Wall Street expectations on both profit and revenue, a rarity.

While Disney’s theme parks business has been performing well, many visitors over the past two years have been highly critical of increased prices and other moves that the company made, including the end of the Magical Express bus service from the airport in Orlando, Florida to Walt Disney World resorts, the implementation of the Genie planning and ride reservation system and its theme park reservation system.

To that end, the company announced on Tuesday several changes at its domestic theme parks, including some easier reservations, in order to improve the public perception of its business.

Disney has yet to set a date for its annual shareholders meeting.