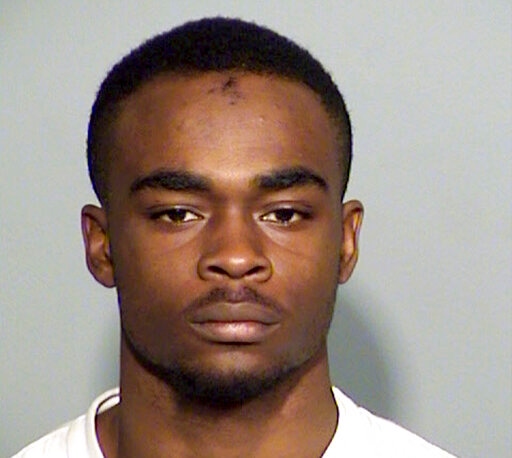 INDIANAPOLIS (AP) — A judge declared a second mistrial Monday for a man charged in the 2015 killing of a pastor’s wife after jurors learned details about the Indianapolis case’s long history in the court system.

Larry Jo Taylor Jr.’s trial was scheduled to begin Monday, but Marion Superior Judge Grant Hawkins declared a mistrial after a juror told other jurors about the case’s history, including that a mistrial had been declared during Taylor’s first trial in December, The Indianapolis Star reported.

Taylor’s trial has now been rescheduled to August. Taylor is one of three men police say were involved in a string of November 2015 home invasions on Indianapolis’ north side that ended when Amanda Blackburn, 28, was fatally shot in her home while 12 weeks pregnant with her second child.

She was slain two years after she and her husband, pastor Davey Blackburn, moved to Indianapolis from South Carolina to found Resonate Church, which was shuttered in 2019.

Hawkins had declared a mistrial in Taylor’s first trial after learning some jurors knew Blackburn had been pregnant — a fact defense attorneys successfully moved to keep from the jury.

Taylor, 25, faces 13 charges, including murder, burglary and criminal confinement while armed with a deadly weapon.

Taylor’s two co-defendants accepted plea deals on the condition they would cooperate in his prosecution. Jalen E. Watson pleaded guilty in 2017 to robbery and burglary charges. He was sentenced in March 2021 to 29 years for the robbery charge and 20 combined years for the burglary charges, and ordered to serve the sentences concurrently.

Diano Cortez Gordon pleaded guilty in 2018 to robbery resulting in serious bodily injury and burglary charges. His sentencing has not yet been scheduled.

For copyright information, check with the distributor of this item, The Indianapolis Star.