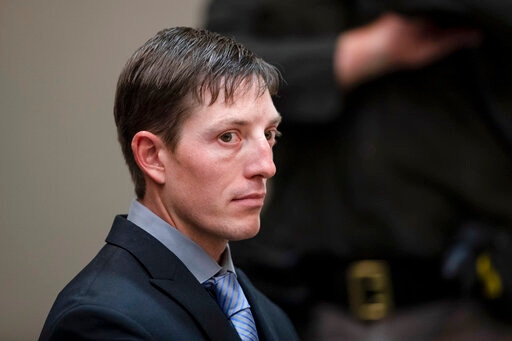 GRAND RAPIDS, Mich. (AP) — A former Michigan police officer who shot a Black motorist in the back of the head during a struggle over a Taser should not have to stand trial, the defendant’s attorneys argued as they urged a judge to dismiss the case.

Ex-Grand Rapids Officer Christopher Schurr is charged with second-degree murder in the death of Patrick Lyoya. On Monday, Schurr’s attorneys filed a motion seeking to toss out a ruling that a jury trial should be held in the case, news outlets reported.

Schurr’s lawyers say in the filing that Schurr acted in self-defense and that Michigan law allows police officers to use deadly force to stop someone from fleeing and to make an arrest.

“The district court erred in its legal findings related to the raised defenses, and the government’s evidence presented at the preliminary examination failed to provide disputed facts that would leave any question open for a jury to decide or support a finding that Officer Schurr committed a crime,” according to the motion that news outlets obtained from Schurr’s attorneys.

A jury will decide whether Schurr’s use of deadly force was necessary “after a full and fair trial,” District Judge Nicholas Ayoub ruled in October. 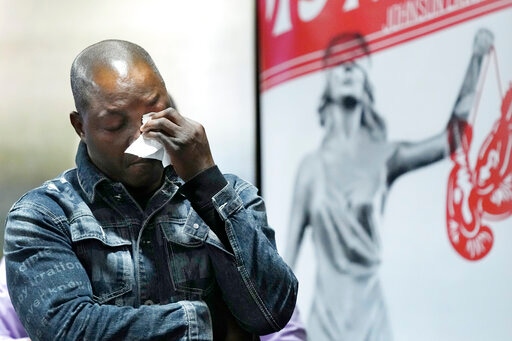 FILE - Peter Lyoya, father of Patrick Lyoya, wipes his eyes after looking at video of his son's shooting during a news conference, Dec. 7, 2022, in Detroit. On Monday, Jan. 9, 2023, attorneys for Christopher Schurr, the former police officer charged with second-degree murder in the fatal shooting of Patrick Lyoya, a Black motorist, in western Michigan, asked a judge to dismiss the case. (AP Photo/Carlos Osorio, File) 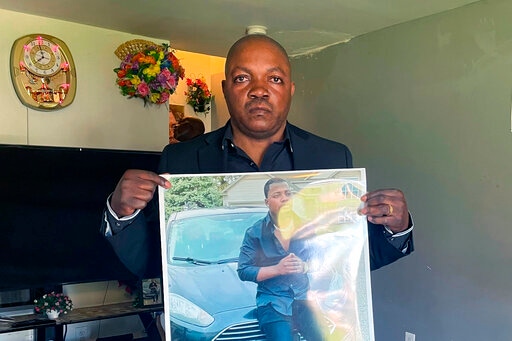 FILE - Peter Lyoya holds up a picture of his son Patrick Lyoya, 26, at his home in Lansing, Mich., April 14, 2022. On Monday, Jan. 9, 2023, attorneys for Christopher Schurr, the former police officer charged with second-degree murder in the fatal shooting of Patrick Lyoya, a Black motorist, in western Michigan, asked a judge to dismiss the case. (AP Photo/Anna Nichols, File)

The trial is scheduled to start March 13.

Lyoya, 26, briefly ran from a traffic stop then grappled with Schurr across a front lawn before the white officer shot him at point-blank range last April. The final moment was recorded on video by a man who was a passenger in the car with Lyoya.

Schurr repeatedly told Lyoya to take his hands off the officer’s Taser, according to video. The refugee from Congo was on the ground when he was killed.

Schurr, an officer for seven years, was fired in June after being charged with murder.

Attorneys for Lyoya’s family filed a federal civil rights lawsuit last month against Schurr and the city of Grand Rapids.

It seeks $100 million and accuses Schurr of using unnecessary, illegal and excessive force against Lyoya and showing gross negligence. It also alleges that the city’s police use-of-force policies are misguided and are largely to blame for Lyoya’s death.

Lyoya’s killing by an officer came after numerous others in recent years involving Black people, including George Floyd, whose death in Minneapolis sparked a national reckoning on race.

For copyright information, check with the distributor of this item, WOOD-TV.