By FELICIA FONSECA The Associated Press 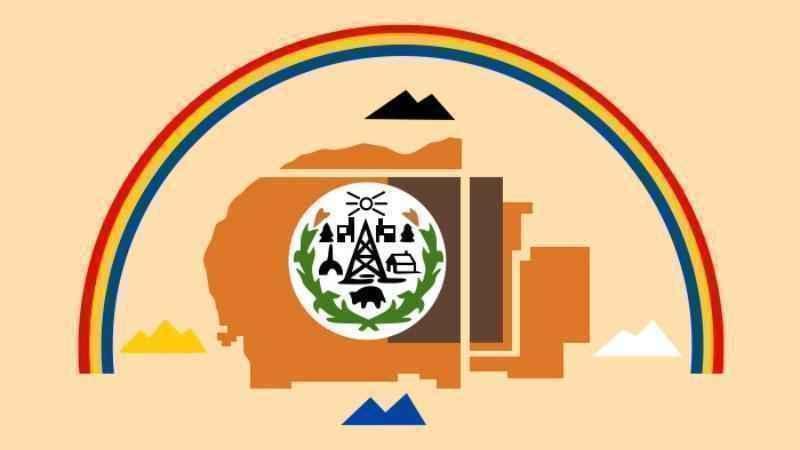 FLAGSTAFF, Ariz. (AP) — Samuel Sandoval, one of the last remaining Navajo Code Talkers who transmitted messages in World War II using a code based on their native language, has died.

Sandoval died late Friday at a hospital in Shiprock, New Mexico, his wife, Malula told The Associated Press on Saturday. He was 98.

Hundreds of Navajos were recruited from the vast Navajo Nation to serve as Code Talkers with the U.S. Marine Corps. Only three are still alive today: Peter MacDonald, John Kinsel Sr. and Thomas H. Begay.

The Code Talkers took part in every assault the Marines conducted in the Pacific, sending thousands of messages without error on Japanese troop movements, battlefield tactics and other communications critical to the war’s ultimate outcome. The code, based on the then-unwritten Navajo language, confounded Japanese military cryptologists and is credited with helping the U.S. win the war.

Samuel Sandoval was on Okinawa when got word from another Navajo Code Talker that the Japanese had surrendered and relayed the message to higher-ups. He had a close call on the island, which brought back painful memories that he kept to himself, Malula Sandoval said.

FILE - In this 2013 photo, Navajo Code Talker Samuel Sandoval talks about his experiences in the military in Cortez, Colo. Sandoval, one of the last remaining Navajo Code Talkers who transmitted messages in World War II using a code based on their native language, has died at age 98. Sandoval died late Friday, July 29, 2022, at a hospital in Shiprock, N.M., his wife, Malula told The Associated Press on Saturday. (Sam Green/The Cortez Journal via AP)

FILE - In this Sept. 8, 2004, photo, Navajo Code Talker Samuel Sandoval of Shiprock, N.M., poses for pictures during a ceremony where the Oreland C. Joe Code Talker sculpture was unveiled at the Navajo Nation Fairgrounds in Window Rock, Ariz. Samuel Sandoval, one of the last remaining Navajo Code Talkers who transmitted messages in World War II using a code based on their native language, has died late Friday, July 29, 2022, at a hospital in Shiprock, N.M., his wife, Malula told The Associated Press on Saturday. He was 98. (Brett Butterstein/The Daily Times via AP, File)

The Navajo men are celebrated annually on Aug. 14. Samuel Sandoval was looking forward to that date and seeing a museum built near the Navajo Nation capital of Window Rock to honor the Code Talkers, she said.

“Sam always said, ‘I wanted my Navajo youngsters to learn, they need to know what we did and how this code was used and how it contributed to the world,’” she said Saturday. “That the Navajo language was powerful and always to continue carrying our legacy.”

Sandoval was born in Nageezi near Chaco Culture National Historical Park in northwestern New Mexico. He enlisted in the Marine Corps after attending a Methodist school where he was discouraged from speaking Navajo. He helped recruit other Navajos from the school to serve as Code Talkers, expanding on words and an alphabet that an original group of 29 Navajos created.

Sandoval served in five combat tours and was honorably discharged in 1946. The Code Talkers had orders not to discuss their roles — not during the war and not until their mission was declassified in 1968.

The roles later became an immense source of pride for Sandoval and his late brother, Merrill Sandoval, who also was a Code Talker. The two became talented speakers who always hailed their fellow Marines still in action as the heroes, not themselves, said Merrill Sandoval’s daughter, Jeannie Sandoval.

“We were kids, all growing up and we started to hear about the stories,” she said. “We were so proud of them, and there weren’t very many brothers together.”

Sandoval was curious, always reading the local newspapers, and attending community, veterans, Code Talker and legislative meetings. He enjoyed traveling and sharing what he learned, grounded in his Diné beliefs and the Navajo way of life, said one of his daughters, Karen John.

“It was engrained early in me, to be part of the community,” she said. “He was really involved in a lot, some of which I couldn’t comprehend as a kid.”

Samuel Sandoval often told his story, chronicled in a book and documentary of the same name — “Naz Bah Ei Bijei: Heart of a Warrior” — at the Cortez Cultural Center in Cortez, Colorado. He had a favorite folding chair there with vinyl padding and took coffee black, said executive director Rebecca Levy.

Levy said Sandoval’s talks drew dozens of people, some of whom had to be turned away because of space limitations.

“It was a great opportunity for people who understood how important the Navajo Code Talkers were to the outcome of the war, in our favor … to thank him in person,” Levy said.

Sandoval’s health had been declining in recent years, including a fall in which he fractured a hip, Malula Sandoval said. His last trip was to New Orleans in June where he received the American Spirit Award from the National World War II Museum, she said. MacDonald, Kinsel and Begay also were honored.

Sandoval and his wife met while he was running a substance abuse counseling clinic, and she was a secretary, she said. They were married 33 years. Sandoval raised 11 children from previous marriages and in blended families, John said.

Navajo President Jonathan Nez said Sandoval will be remembered as a loving and courageous person who defended his homeland using his sacred language.

“We are saddened by his passing, but his legacy will always live on in our hearts and minds,” Nez said in a statement.

“May he rest among our most resilient warriors,” Damon said in a statement.