US restarts burns of forest fuel, paused after runaway blaze

By MORGAN LEE The Associated Press 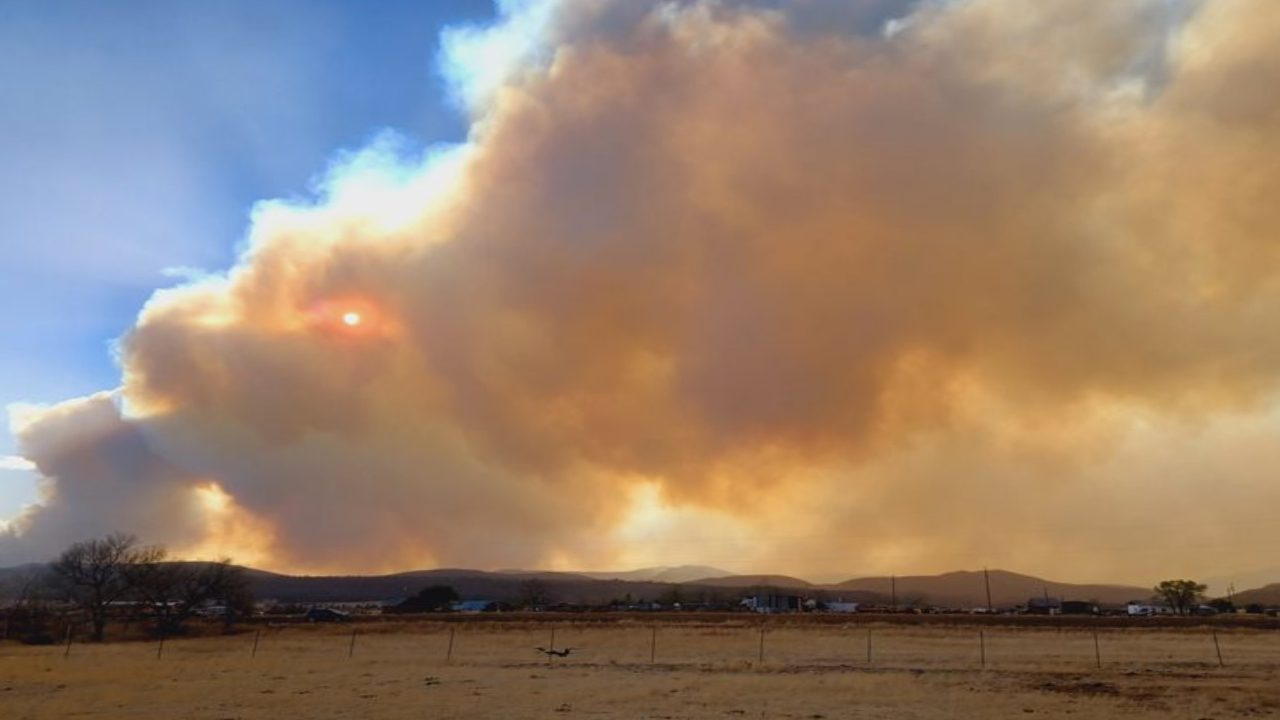 SANTA FE, N.M. (AP) — The U.S. Forest Service is resuming its practice of intentionally lighting fires to clear brush and small trees from forested areas nationwide after a three-month hiatus to review the risks of runaway wildfires under increasingly severe climate conditions, the agency announced Thursday.

The prescribed fire program was put on hold in late May in the midst of a devastating wildfire sparked by the federal government near Las Vegas, New Mexico. The flames burned across more than 500 square miles (1,300 square kilometers) through remote communities in the southern reaches of the Rocky Mountains.

He said the Forest Service will adopt mandatory tactics, taken from an in-depth review and public consultation process, that include a more robust scientific analysis of burn plans and a final on-site evaluation of the potential for human error linked to fatigue or inexperience.

Permission to light fires and other communications will be standardized to avoid missteps, amid efforts to learn from the small share of prescribed fires that escape control.

FILE - A firefighting plane flies over plumes of smoke near Las Vegas, N.M. on May 4, 2022. The U.S. government is resuming prescribed burning of National Forest lands across the nation to clear brush and small trees after a three-month pause to review and respond to climate change and risks of runaway wildfires. U.S. Forest Service Chief Randy Moore said newly prescribed burns will require same-day authorization to keep pace with weather and ground conditions. (AP Photo/Thomas Peipert, File)

FILE - Smoke from the Calf Canyon/Hermits Peak Fire drifts over Las Vegas, N.M., on May 7, 2022. The U.S. government is resuming prescribed burning of National Forest lands across the nation to clear brush and small trees after a three-month pause to review and respond to climate change and risks of runaway wildfires. U.S. Forest Service Chief Randy Moore said newly prescribed burns will require same-day authorization to keep pace with weather and ground conditions. (Robert Browman/The Albuquerque Journal via AP, File)

“It’s our due diligence and I can’t overstate that,” Moore told The Associated Press. “Every time one of these fires happened, like the one down in New Mexico, you know, we lose trust and credibility in the communities that we serve and so we have to do this right.”

Moore said the agency won’t back away from intentional burns that he sees as a crucial tool in reducing the buildup of combustible material on forest floors and grasslands.

“Our climate is changing and we have the science to back that up,” Moore said. “We need to increase the amount of work that we’re doing by up to four times. We do feel that if we want to make a difference on that landscape, between forest thinning and prescribed burning, we really need to ramp it up. And we need to do it in a way that is safe, in a way that really instills public trust.”

By the end of the year, the agency also wants to expand training not only for Forest Service staff but also community members who could be certified to participate directly in controlled wildfires.

To instill greater accountability, Moore said he will soon designate a specific Forest Service member at the national level to oversee implementation of the new requirements and tactics for prescribed burning.

Many forestry experts outside the federal government say prescribed burns need to be accompanied by sufficient oversight and new scientific tools for modeling of fire behavior.

“I don’t think the Forest Service should be self-serving,” Harrington said. “What they need to have is external advisers.”

Jennifer Carbajal, who lived in Las Vegas as the government-sparked wildfire skirted the city, said she no longer considers prescribed burns viable after seeing people left homeless by the fire and the debris-choked flooding afterward.

“Everything needs to be reevaluated in light of the climate. Everything is getting exponentially worse,” she said. “I don’t think burning — prescribed burns — should be a tool in the kit anymore.”

Anticipated changes to the prescribe burn program also will be geared toward economic development and the possible introduction of new composite building products made from small diameter trees and wood particles, products that might incentivize better forest management and create local jobs.

Las Vegas resident Elmo Baca, a movie theater owner and chairman of a community foundation overseeing wildfire relief funds, said people with a lifetime of knowledge about local forests and weather conditions feel left out of decisions on prescribed burns.

“I would hope that going forward that the Forest Service would be more sensitive and cognizant of local people and their knowledge of the land,” he said. “I like the idea of them training people outside of the Forest Service.”