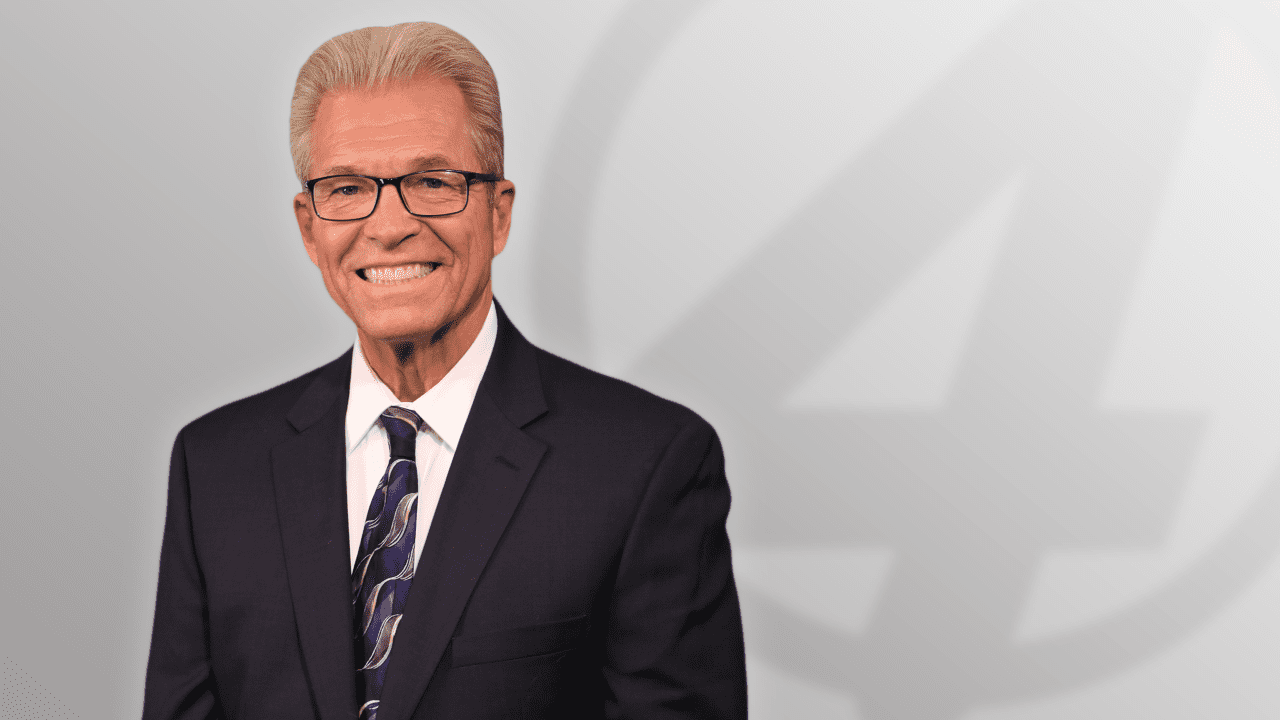 Steve Stucker is New Mexico’s Weatherman on Eyewitness News 4 Today, which airs weekdays from 4:30 to 7:00 a.m.

With over 30 years on the morning show,  Steve has been continuously forecasting weather in New Mexico much longer than any other TV personality.

Steve has received many honors in his years on KOB 4, including a Lifetime Achievement Emmy from the National Academy of Television Arts & Sciences Rocky Mountain Southwest Region. His induction into the Silver Circle in 2021 highlighted both his broadcast abilities and his long record of outstanding community service over his 45-year career.

Readers of Albuquerque The Magazine have voted him Favorite TV Personality and/or Favorite Meteorologist 17 years in a row!

Steve is well known throughout New Mexico for his community involvement, working with dozens of nonprofit groups, schools and churches. He is highly sought after as a motivational speaker for civic groups, graduations and corporate events. He may have served as Master of Ceremonies for more events than any other person in the state’s history! He especially enjoys speaking with students about the importance of staying in school and making their dreams come true.

Steve’s “celebrity weather dogs” appear on air with him every Friday morning for Parade of Pets – Radar & Koukla. The Weather Pups are rescues from shelters. He puts YOUR pets on the airwaves with Steve’s Parade of Pets every week. Submit your favorite pet pictures here.

He also dresses up in a colorful Balloon Pin outfit during the Albuquerque International Balloon Fiesta each year, where he is fondly known as The Balloonatic! KOB 4 broadcasts live from Balloon Fiesta Park all nine days of the event, and Steve has not missed a single day in 33 years! Steve jokes that he is the Most Photographed Human at Balloon Fiesta.

He has been married to Rose 29 years; they have four adult children and three grandchildren.

Steve is ordained through the International Fellowship of Chaplains, and serves as the Compassion Ministry Pastor at New Covenant Church of Albuquerque.

Steve is also the founder and director of Beds4Kidz, a 501c3 Charity that has placed over 14,000 people in clean, comfy beds, free beds, free of charge. Learn more about them at www.Beds4kidz.org.

Steve is a Harley Davidson enthusiast and loves to ride through our beautiful New Mexico scenery at every opportunity. He is also a novice beekeeper, who enjoys raising these amazing creatures, as well as educating others about their importance in our world.