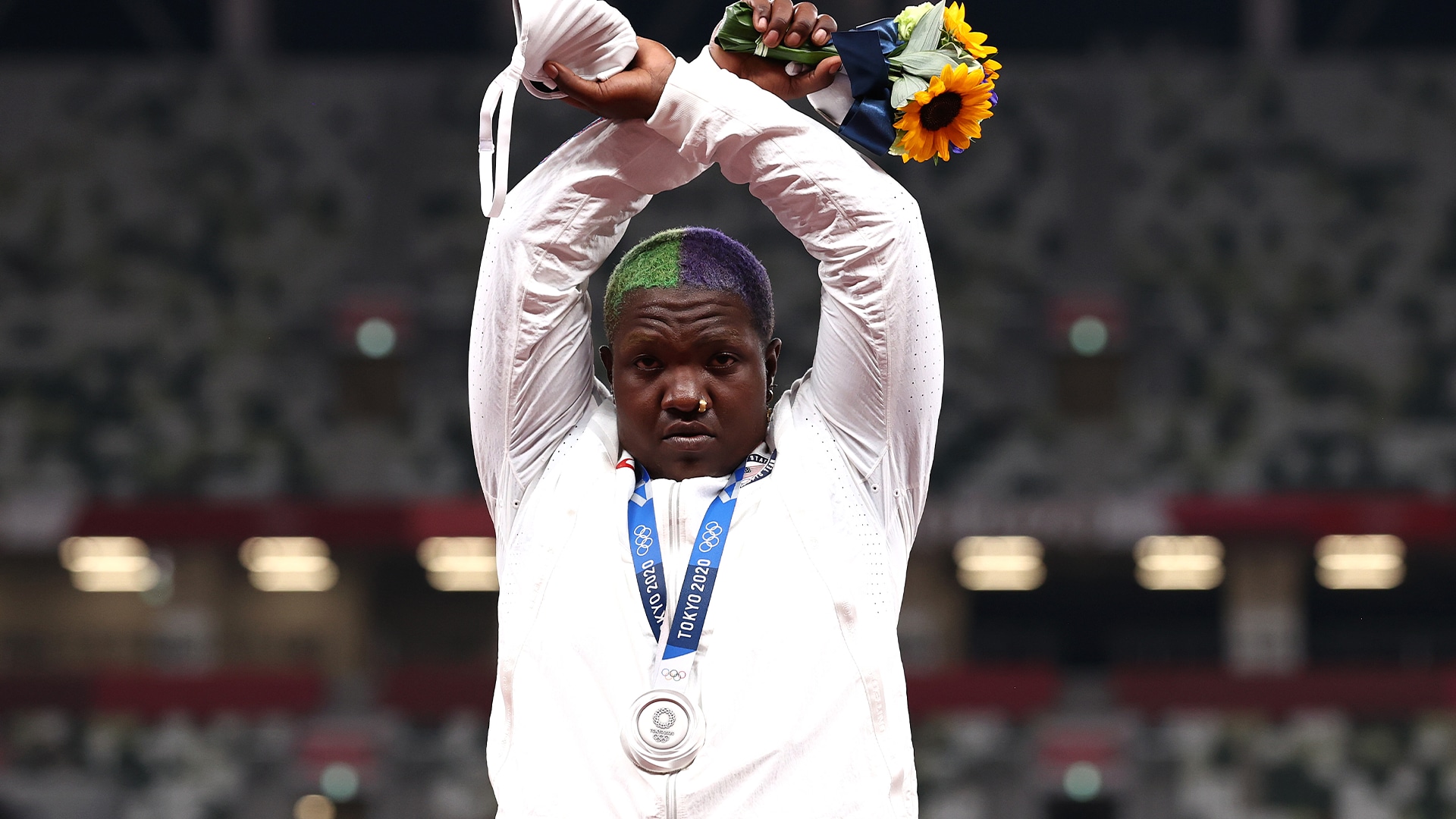 Silver medalist Raven Saunders used her time on the podium at the shot put medal ceremony to raise her hands in an "X" over her head in demonstration. Saunders has been very open about her difficult journey to the Tokyo Games as an African American athlete and member of the LGTBQ+ community.

Saunders, who won silver in the shot put with a throw of 19.79 meters, explained the "X" as "the intersection where all people who are oppressed meet," according to the Associated Press.

Before the finals, the shot putter nicknamed the "Hulk" remarked, "For everything I've been through mental health-wise, injuries, you know, everything like that ... being able to really invest everything I've had mentally and physically and to be able to walk away with a medal, and be able to go out here and really inspire so many people ... I really just hope that I can continue to inspire and motivate."

Before the Games, The International Olympic Committee updated its long-standing Rule 50, allowing for increased opportunity for athletes to express themselves and use their voice. Demonstrations deemed disruptive are still not permitted during anthems and medal ceremonies.

It is important to note that Saunders waited until after the winner's anthem was done playing before raising her hands.

There has been an increase in athlete demonstrations at the Tokyo Games. Soccer and Rugby matches saw teams kneeling in solidarity for racial and social justice prior to kickoff. The Opening Ceremony also featured modified athlete oaths aimed at increasing inclusivity.