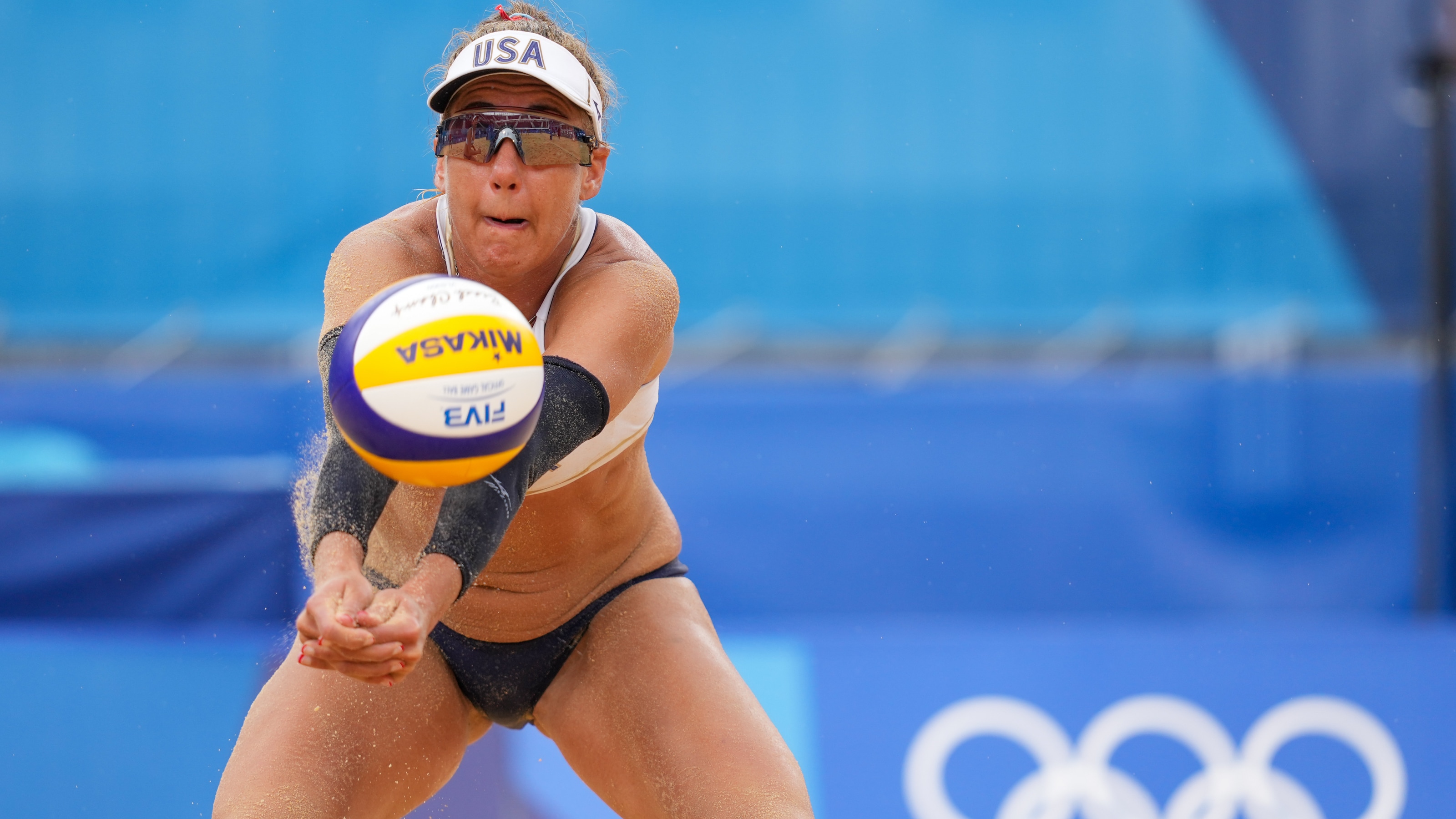 Early errors abounded in the round of 16 match between the U.S.' second-seeded April Ross and Alix Klineman and Cuba's 20th-seeded Lidy and Leila, but the Americans ultimately prevailed: 21-17, 21-15.

After two U.S. teams were knocked out of the men and women's tournaments yesterday, veterans Ross (silver medalist at the London 2012 Olympics, bronze at Rio 2016) and Klineman had significant weight on their shoulders. They kicked off the first set trading points with their Cuban opponents, but edged ahead at 11-9. Cuba never trailed too far behind, but the Americans held the upper hand through a 21-17 set win.

Cuba struck back with a 6-1 lead in the second, including two aces. But despite some solid plays, Cuba kept making errors -- including a controversial interference at the net, which led to a tie at 9-9 and an American advantage at 10-9. After trailing early, Team USA went on a won the second set -- and match -- at 21-15.

Ross and Klineman are off to the quarterfinals, where they will play Germany. They're just three wins away from a gold medal -- which would be Ross' first.