ALBUQUERQUE, N.M.- The Land of Enchantment is made up of many communities: rural, urban, and tribal. Each community has been impacted by COVID-19 in some way. A year later, each has their own take on the whole situation.

More than half a million people call the Duke City home.

Prior to the pandemic, it appeared the city was on an upswing. TV and film studios were expanding and new businesses were popping up.

As COVID-19 was closing in on New Mexico, Mayor Tim Keller said the city was preparing.

"In mid-February, so it was a little bit before, and one of my staffers came to me and said you heard about this thing, this virus, that’s happening in Asia,” he said. 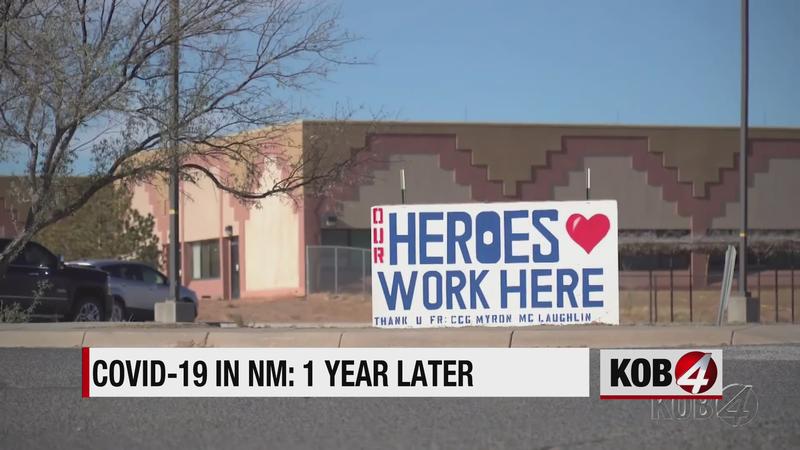 Keller launched an executive meeting, giving the city a four-week head start on the virus.

"We were already trying to say how do you get rental assistance? How do you get small business assistance? This was in March last year, whereas a lot of other folks kind of dealt with that in June,” Keller said.

The pandemic challenges were not just felt in Albuquerque.

Many people were frustrated with the restrictions put in place to protect against the spread of the virus.

“This feels dire, along this whole process, I haven’t felt dire, but this does because if our Walmart is the only one in the region open it’s not going to have stock very long,” said Vaness Harvey, an Artesia resident.

In rural New Mexico, many people relied on boots on the ground for help. Many organizations stepped up, bringing food, and PPE to those in need.

"We’re talking about one or two volunteers who are picking up food in Santa Fe, taking it back to a fire department or a library and dispersing it from the backs of their cars. That’s work that was desperately needed,” said Lisa O’Brien with the Taos Community Fund.

Nearly $4 million was raised in the fight against COVID via the "All Together NM Fund", a lot of the help going to underserved places.

Inequities in the state’s tribal communities also became a huge part of the conversation.

"I think it’s a call to action for us all to get involved,” said Department of Indian Affairs Cabinet Secretary Lynn Trujillo.

In our series “The People versus The Pandemic” that aired in late 2020, KOB 4 exposed how decades of negligence by the federal government put the Navajo Nation in an extremely vulnerable position when the pandemic hit. More than 1,200 people on the Navajo Nation died from the virus.

Federal and state dollars are now flowing into Indian Country with boosted broadband, infrastructure projects, like water and electrical lines and a push for better health care access.

"I think we see that in terms of the Tribes here in New Mexico,” Trujillo said.